[SatNews] China will launch the Shenzhou-9 and Shenzhou-10 spacecraft.... 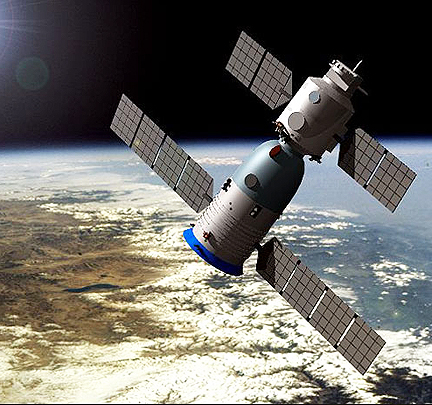 Artistic impression of China's Shenzhou-5 spacecraft.
....and achieve space rendezvous and docking missions with the orbiting Tiangong-1 vehicle in 2012, a spokesman for the China National Space Administration has revealed. Spokesman Zhang Wei made the announcement at a press conference held in Beijing for the release of a white paper titled "China's Space Activities in 2011." However, the spokesman did not unveil a detailed timetable for the launches.

Over the past few years, China has ranked among the world's leading countries in certain major areas of space technology, it said, adding that in the next five years, there will be new opportunities for the country's space industry. At the same time, China will work together with the international community to maintain a peaceful and clean outer space environment and endeavor to promote world peace and development, the document said.

Major tasks listed in the white paper for the next five years include a space transportation system, Earth satellites, human spaceflights and deep-space exploration. China also plans to launch space laboratories, a manned spaceship and space freighters, and will start research on the preliminary plan for a human landing on the moon, the document said. As an important part of deep-space exploration, the country's lunar probe projects follow the idea of "three steps" — orbiting, landing and returning.

In next five years, the country plans to launch orbiters for lunar soft landing, roving and surveying to implement the second stage of lunar exploration, then it will start the third-stage project of gathering samples of the moon's surface matter and getting those samples back to Earth, the white paper said. China will also build a space infrastructure frame composed of Earth observation satellites, communications and broadcasting satellites, as well as navigation and positioning satellites. According to Wei, China will also conduct special project demonstrations in other deep-space projects, including an exploration of Mars.

China has signed 66 international space cooperation agreements with 22 states and regions, and 44 of them currently remain in effect, Zhang said at the press conference. The country has engaged in 12 bilateral cooperation mechanisms within intergovernmental frameworks, Zhang said, adding that China has exported communications satellites to Nigeria, Venezuela and Pakistan, and has also contracted with countries, including Bolivia, Belarus, Indonesia and Laos, to export satellites. China is willing to provide space products and services to more countries and regions, especially developing countries, on the basis of equality, mutual benefit, and peaceful utilization. (Source: Xinhua)