During the 34th annual Space Symposium in Colorado Springs, Colorado, Orbital ATK (NYSE:OA) provided a detailed update on the important progress being made on its Next Generation Launch System reaffirming its commitment to the U.S. Air Force’s Evolved Expendable Launch Vehicle (EELV) program for national security space missions, and announcing the name of the rocket, OmegA, and the selection of its upper stage propulsion system. As one of the company’s largest strategic investments, OmegA will provide intermediate- to heavy-class launch services for Department of Defense, civil government and commercial customers beginning in three years. 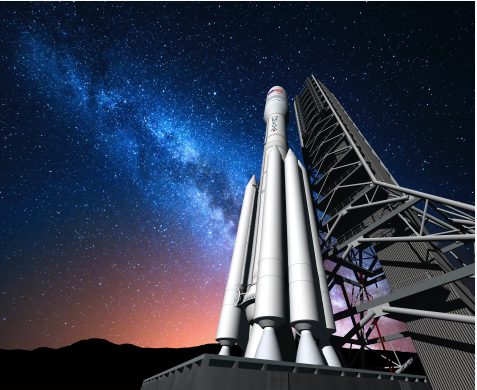 Orbital ATK has selected the RL10 rocket engine to provide propulsion for the third stage of the company’s OmegA rocket which includes a lineup of intermediate- and large-class space launch vehicles.

Aerojet Rocketdyne CEO and President Eileen Drake said that the RL10 has provided reliable upper stage propulsion for more than five decades and they look forward to continuing that legacy with Orbital ATK and its OmegA rocket. By selecting the RL10, Orbital ATK is able to leverage investments made by the U.S. Air Force and others to build resilient space launch capabilities for our nation.

Mike Pinkston, Deputy General Manager of Orbital ATK’s Launch Vehicles Division said that the RL10 has an extensive flight history and provides a low-risk, affordable engine with outstanding performance. OmegA is a robust all-American launch system with its entire design based on flight-proven technologies and common components from Orbital ATK’s diversified lineup of rockets and propulsion systems.

The RL10 burns cryogenic liquid hydrogen and liquid oxygen propellants using a highly-efficient expander engine cycle. With nearly 500 engines flown in space, the RL10 has helped place hundreds of satellites into orbit, sent spacecraft to explore every planet in our solar system and propelled the first human-made object, the Voyager I spacecraft, into interstellar space.

The RL10C-5-1 model that will support the OmegA system is derived from the RL10C-1 that made its inaugural flight in December 2014. This new variant of the RL10 will feature an injector assembly that is built using additive manufacturing, or 3-D printing.

Space Business Unit Senior Vice President Jerry Tarnacki said that having their RL10 engine selected to provide upper stage propulsion for a fourth launch vehicle reflects the confidence industry places in their product. It also confirms that the steps Aerojet Rocketdyne has been taking to make their products more competitive—such as incorporating 3-D printing to reduce production costs—are being welcomed in the marketplace.