India... The Record Could Show 29 By The Close Of This Year (Launch) 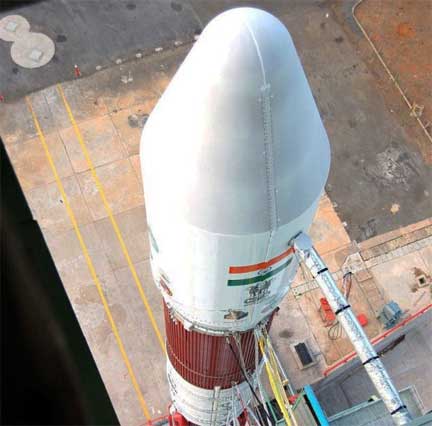 ...by the end of this year, said a senior official in Chennai. “We will be launching Spot-6, a French satellite, and a small Japanese satellite on board PSLV-C21 (Polar Satellite Launch Vehicle) rocket, next month,” P.S. Veeraraghavan, Director, Vikram Sarabhai Space Centre (VSSC). This according to a news story carried in The Hindu. The third is a communication satellite—GSAT-10—on-board Ariane rocket from Kourou in French Guiana. 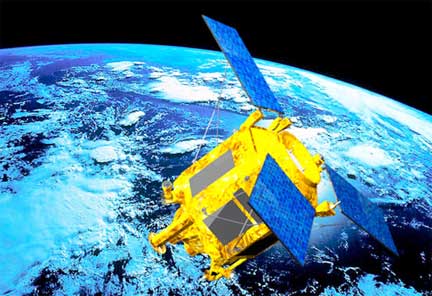 Artistic rendition of the SPOT-6 satellite.
The Thiruvananthapuram-based VSSC is part of India’s space agency, Indian Space Research Organisation (ISRO). Mr. Veeraraghavan said the French satellite is expected to be in India soon—the Japanese satellite is already at ISRO’s launch centre at Sriharikota in Andhra Pradesh.

ISRO’s commercial arm Antrix Corporation Limited (Antrix) has entered into a commercial Launch Services Agreement with Astrium SAS, a company under EADS, France, for launching SPOT-6, an advanced remote sensing satellite. The 800kg SPOT-6, built by Astrium SAS, will be the heaviest third party payload that ISRO will be carrying after the 350kg Italian satellite Agile was placed into orbit in 2007. As the total luggage will be around 815kg, ISRO will be using its Core Alone variant of PSLV (rocket without its six straps on motors). This mission will move ISRO’s total tally to 29 foreign satellite launches. 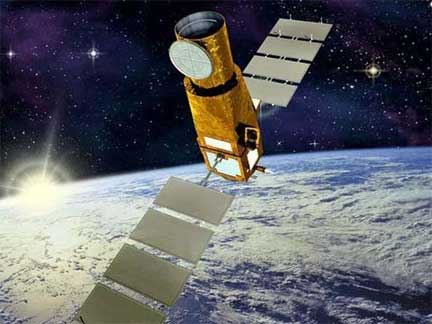 Artist concept illustration of the GSAT-10 satellite.
The Indian space agency, in order to augment its communication transponder capacity—automatic receivers and transmitters for communication and broadcast of signals—will be sending up GSAT-10. According to Veeraraghavan, the space agency would launch SARAL satellite, an Indo-French initiative, using the PSLV-C20 rocket sometime in the October-November timeframe this year. 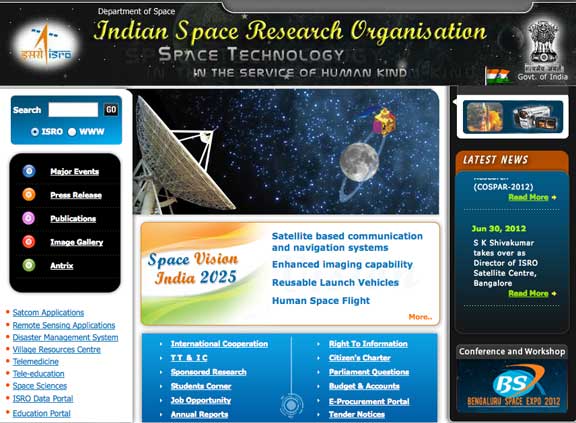 The ISRO is also planning to launch GSAT-14, a small communication satellite that is considered as the replacement for India’s the education satellite Edusat, by this December or January next year using the heavier rocket Geosynchronous Satellite Launch Vehicle (GSLV). The spacecraft will carry Ka-band beacons, which are planned to be used to carry out studies related to rain and atmospheric effects on Ka-band satellite communication links in Indian region.