[SatNews] The shortest route for for local traffic in Australia, plus reduced latency...

One Horizon Group has announced that its wholly-owned subsidiary SatCom Global has expanded its worldwide network to include a point of presence (PoP) in Sydney, Australia.

The new PoP will enable SatCom Global’s customers to terminate Inmarsat BGAN and FleetBroadband IP traffic locally, reducing latency and cost by providing the shortest route for data transmission. It also ensures more secure communications since customers now have the ability to directly interconnect to their premises in the Asia Pacific region, without traversing the public internet.

With the introduction of force routing, all traffic that originates from Australia must first be routed back to Australia for legal interception before being sent onwards. The PoP in Sydney enables SatCom Global to meet forced routing requirements with lower latency while also satisfying the needs of government, maritime and media customers who require a dedicated link for secure, end-to-end data transfer over BGAN and FleetBroadband. BGAN has been widely adopted by military, aid agencies, NGOs, and media companies who depend on secure voice and broadband data in remote locations where terrestrial wired and wireless networks are unavailable or unreliable. Shipping companies favour FleetBroadband for improved operational efficiency while providing an affordable means of communication for crew to help boost morale and retention. The Australian PoP is now fully operational, offering value added services such as user-defined firewall, end-to-end direct streaming and hosted VPN connections.

Sydney is the latest addition to SatCom Global’s backbone IP infrastructure, which includes two PoPs in New York and London, with additional meet-me points in London, Sydney, Singapore, Charlotte, and Atlanta. SatCom customers can choose to connect their network at any of these points for the most efficient route for their needs. SatCom Global PoPs are supported 24/7/365 and are proactively monitored from SatCom Global’s network operations center. 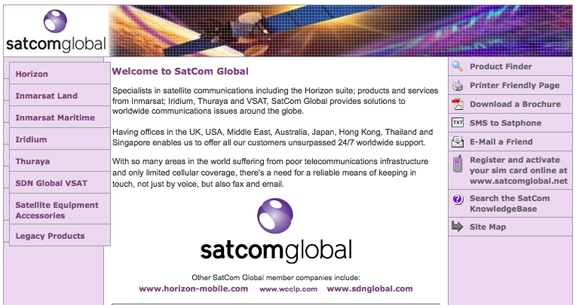