[SatNews] NASA has selected three teams to advance the state of the art...

...for small spacecraft in the areas of communications, formation flying and docking systems. The cutting-edge space technology flights are expected to take place in 2014 and 2015. All selected missions will employ nanosatellites conforming to the CubeSat standard. CubeSats are composed of four-inch, cube-shaped units with each having a volume of about one quart and a weight of approximately three pounds. CubeSats can be joined to create multiple-unit spacecraft. They readily can be accommodated as secondary payloads or rideshares on a number of space launch vehicles. The three missions selected for flight demonstration are:

—"Integrated Solar Array and Reflectarray Antenna (ISARA) for High Bandwidth CubeSat," Richard Hodges, NASA Jet Propulsion Laboratory, Pasadena, California, partnering with Pumpkin Inc. of San Francisco. ISARA will demonstrate a radio communication system that dramatically boosts the amount of data that the small satellite can transmit by using the back of its solar array as a reflector for the antenna. This three-unit CubeSat will be funded at approximately $5.5 million with launch expected in two years.

—"Integrated Optical Communications and Proximity Sensors for Cubesats," Siegfried Janson, Aerospace Corporation of El Segundo, California. This pair of 1.5-unit CubeSats will demonstrate a laser communication system for sending large amounts of information from a satellite to Earth and also demonstrate low-cost radar and optical sensors for helping small spacecraft maneuver near each other. The mission is expected to take two years and $3.6 million to develop and operate. 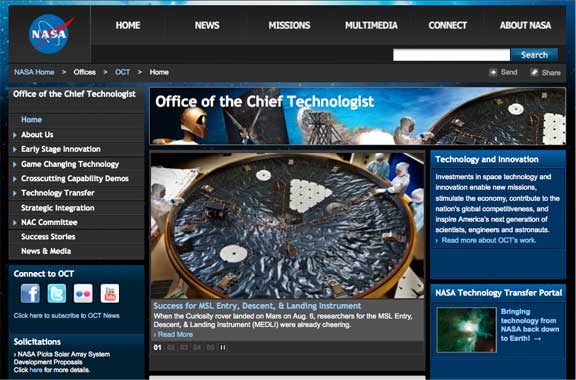