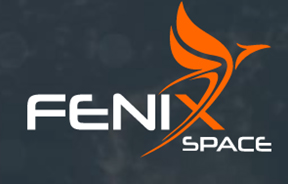 EXOS Aerospace Systems & Technologies, Inc. has announced that Fenix Space, Inc. has awarded the firm a glider rocket engine contract, with the key deliverable (full-up demonstration testing) due in the next 45 days.

The engine development component of a $1.5 million proposal calls for Exos Aerospace to provide a ~4800# thrust Lox Ethanol engine and conduct a customer demonstration of the same at full thrust and throttled to about 2500# thrust before the end of August.

Fenix Space, Inc. is an offshoot of Kelly Space & Technology, Inc, a privately-held aerospace, defense, technology and testing services company. Fenix is co-located with Kelly Space at its Aerospace Research and Development Center at the former Norton Air Force Base in San Bernardino, California. Fenix Space's vision is to create and commercialize technologies that will open space to large-scale commercial development and apply these space technologies to beneficial use on Earth, which harmonizes with EXOS Aerospace's vision to make space access more affordable.

In a recent article in Inland Empire Community News, Mike Gallo, a managing director and CTO for Fenix Space, discussed his mindset to focus on the vision for large-scale commercial development of space as well as how communities can benefit from these space activities. Fenix works with local communities to expand business interests and provide unique opportunities for residents to pursue careers in advanced technology development.

In like fashion, John Quinn, COO of EXOS Aerospace has a multi-dimensional focus. While the main objective of EXOS Aerospace has always been to make access to space more attainable with their reduced-cost, fly-now capabilities, Quinn focuses strongly on the SPACEedu — and SPACEaid — programs offered by EXOS. This has led to high school students being able to fly an experiment for less than the cost of the football team's jerseys, to the Mayo Clinic being able to fly glioblastoma cells for leading-edge, ground-breaking medical research that will potentially save thousands of lives.

EXOS Aerospace's contract with Fenix Space, Inc., will support advancing airborne launches using a tow plane and autonomous glider as a way to increase rockets capability and launch flexibility. Both companies are enticed by the unique environment spaceports are providing to commercial customers and believe working together on this project will result in capabilities to help Exos Aerospace make SPACEavailable.

Over the next 45 days, EXOS Aerospace and Fenix Space will release highlights of the milestones reached as these small companies complete a major project that will have a ripple effect of positive advancements for the space industry, as a whole.