Raytheon... Imaging Of A Hyperspectral Nature 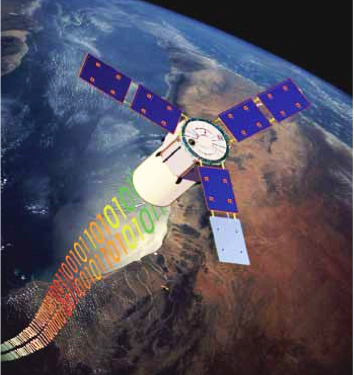 Based on that mission, Raytheon has been notified that the Air Force Space Command will take control of TacSat-3 with the intent to use ARTEMIS in an operational capacity. "The ARTEMIS hyperspectral imager gives military commanders an important new advantage in the asymmetric battlefield," explains Bill Hart, vice president for Raytheon Space Systems. "ARTEMIS can detect various manmade and natural materials, which adds a fundamentally new capability for the DoD."

Unlike visible imagers, hyperspectral sensors capture light across a wide swath of the electromagnetic spectrum, providing unprecedented spectral detail. That spectral information produces a distinct "signature," which can be compared against the spectral signatures of known objects to rapidly identify potential areas of interest. The ARTEMIS hyperspectral imager combines spectral information with geo-location coordinates in an easy-to-read map. This information is then sent directly to troops on the ground in near real time.