Moving On Up @ SI Organization Salutes...

[SatNews] He may have retired as Commander, Space and Missile Systems Center, Air Force Space Command, Los Angeles Air Force Base but he hasn't slowed down... 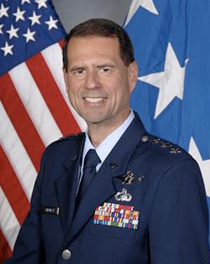 In his new role with the SI, General Sheridan will be responsible for leading a line of business that will support national security space programs for the Intelligence Community, the military and NASA.

“We have known General Sheridan since the early 1990s, when we supported him on critical national defense space projects,” said Bill Graham, President and CEO of the SI. “We have witnessed firsthand the strength of his engineering talent, his leadership expertise, and his ability to bring both together to deliver the mission.”

“I am excited by this great opportunity and look forward to helping our customers achieve their mission objectives,” Sheridan said.