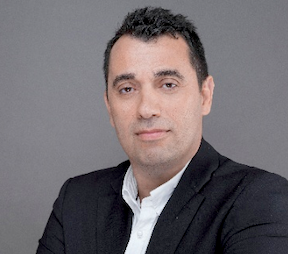 Gilat Telecom made two announcements, both positive, regarding the commercial availability of its Software-Defined Wide Area Network (SD-WAN) for both satellite and fiber networks after successful and extensive testing by a major pan-African operator in the DRC and ISPs in both Niger and Seychelles. Gilat Telecom is the first company in the world to have developed an SD-WAN solution for satellite traffic; SD-WAN technology for fiber is available from approximately 60 vendors worldwide.

Gilat Telecom has designed its SD-WAN to specifically address the needs of African MNOs, ISPs and enterprises and is using AI and machine-learning algorithms to improve the user experience through improved traffic management and maximized bandwidth.

Most MNOs and ISPs in Africa use both satellite and fiber networks to maximize coverage creating asymmetric traffic routes with end-customers receiving traffic over satellite and sending over fiber.

Gilat Telecom’s SD-WAN enables service providers and MNOs to centrally control the route that both satellite and fiber traffic takes to and from the customer.  It enables different applications – voice, streaming, caching (Facebook, Netflix, Microsoft cloud services etc)  to be identified with automatic prioritization, according to the customer’s needs and demands.

For African MNOs and ISPs, the major benefit is the ability to achieve more from their satellite bandwidth.  With Gilat Telecom’s intelligent routing, capacity can be expanded by up to 20 percent (the equivalent of 6 Mbit/s can be achieved from a 5 Mbit/s downlink).

For enterprises with multiple office sites served by individual routers and on-site management, Gilat Telecom’s SD-WAN sits in HQ and enables traffic across the enterprise’s network to be managed from one central SD-WAN controller over a secure and optimized connection.  This enables the enterprise to save bandwidth, and money, and gives users faster connectivity.

Amir Cohen, CTO of Gilat Telecom, said that their SD-WAN solution enables MNOs, ISPs and enterprises across Africa to achieve more capacity from less hardware and software.  It has been extensively tested by three reputable companies and they would like to publicly thank them for their extensive feedback which helped their engineers to create a world-first.

Liptinfor Niger is one of the African ISPs which tested and has now commercially deployed Gilat Telecom’s SD-WAN.  Liptinfor provides voice and data services to people and businesses across Niger using satellite, fiber and wireless networks, and traditional IP routers and switches. In early 2019, it approached Gilat Telecom to help maximize its satellite and fiber bandwidth.

Gilat Telecom’s engineers realized that SD-WAN technology could be applied to traffic on Liptinfor’s fiber networks and decided to develop satellite SD-WAN to provide a single SD-WAN that Liptinfor could use across both its satellite and fiber networks.

A Gilat Telecom SD-WAN was placed within Liptinfor’s network As a result, Liptin now has an improved network over which it has much greater control.  It is now able to provide customers with a faster, more reliable service because it can:

Olivier de Boissett, CEO of Liptinfor Niger, said that Gilat Telecom is an innovative company that understands the needs of fast-growing challenger operators.

Gilat Telecom’s SD-WAN has transformed their network. Both their retail and enterprise customers have commented on the improved speeds and higher up-time, and their network managers are thrilled to have greater control over capacity.