The formal GX agreement is between Aircell and Honeywell, the designated business aviation reseller for Inmarsat’s Ka-band connectivity services.

Link for further details regarding Honeywell Aerospace.
“GX Aviation is rapidly gathering momentum and everything is coming into place. The first satellite is scheduled to be available to support a launch as early as December this year. The development of the ground infrastructure is progressing as planned and Honeywell is moving ahead with the airborne terminals,” said Miranda Mills, Inmarsat President, Aviation. “With the addition of Aircell to our list of distribution partners, we have signed up all the major inflight connectivity service providers and we are already having very positive discussions with aircraft owners and operators.” 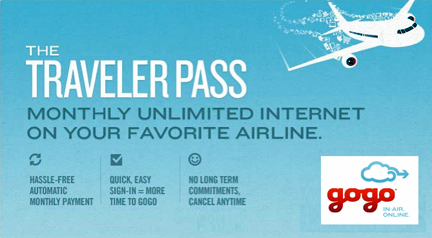 To learn more about Gogo, access this direct link to the company's website.
Using Ka-band technology, GX Aviation will be the first globally available high-speed broadband network. It will offer the unique combination of global coverage from a single operator, consistent higher performance with true broadband speeds, and the network reliability for which Inmarsat is renowned.

The first of the Inmarsat-5 satellites, which will comprise the GX constellation, is currently in final preparation for shipment at Boeing’s El Segundo satellite manufacturing facility. The satellite will be traveling to Kazakhstan in the next few weeks. GX Aviation is scheduled to enter service in early 2015.