Gulf News India has published an account that reveals Indian Space Research Organisation (ISRO) will undertake a key maneuver to reduce the impact of an “eclipse” on their Mars Orbiter Missions (MOM) to help the spacecraft “survive” longer after already spending two years in space. 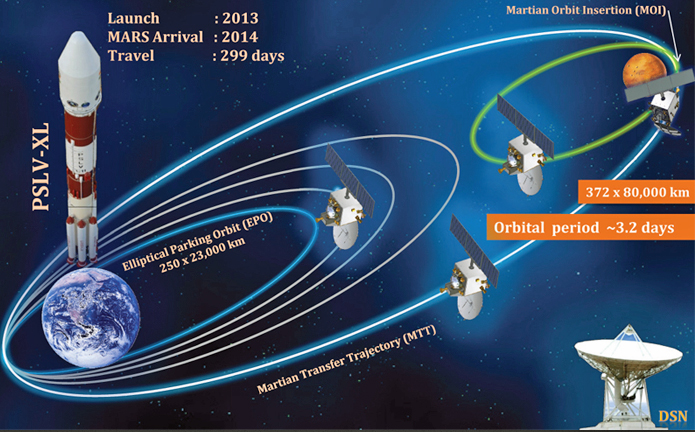 ISRO Chairman A. S. Kiran Kumar said the MOM completed two years on last Saturday, although the craft's original mission life was slated to be six months, and that the space agency had released a lot of first year data beamed by the spacecraft's five payloads.

“Our next major event in the Mars Orbiter will be sometime in the beginning of next year when we will be doing a manoeuvre to reduce the impact of the eclipse duration the satellite is going to encounter,” Kumar told reporters. He said during an eclipse, the battery in the satellite has to support all operations and, if the eclipse duration is “very long,” then the battery may not be able to support the work.

“So we intend to maneuver the spacecraft so that the impact of eclipse duration will be reduced and with that we will be able to survive for many more years because the satellite still has large [amount of] fuel remaining,” he added.

The MOM, also called Mangalyaan, was successfully launched on November 5, 2013, by ISRO’s PSLV-C25 from Satish Dhawan Space Centre. After a 300-day journey in deep space, MOM was successfully inserted into Martian orbit on September 24, 2014.