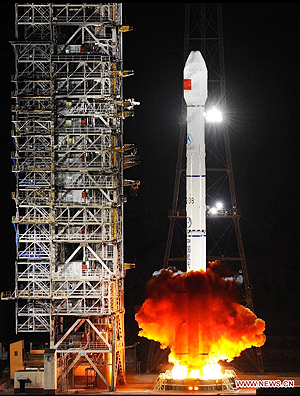 Zhongxing-1A, the satellite, carried by a Long March-3B rocket carrier, blasts off from the Xichang Satellite Launch Center in the southwestern Sichuan Province, China, on Sept. 19, 2011. The satellite will be capable of providing communication, broadcasting and data transmission services for users in regions of China. (Source: Xinhua/Zhang Ling)