And Speaking Of Sentinels, Airbus Defence & Space Has A SAR SAS Project

Sentinel-1C and -1D will carry the Synthetic Aperture Radar (SAR) Antenna Subsystem (SAS), which will be almost identical to those on the current Sentinel-1-satellites. The new spacecraft with their instruments will ensure continuity of radar data for Copernicus for the next 15 years. 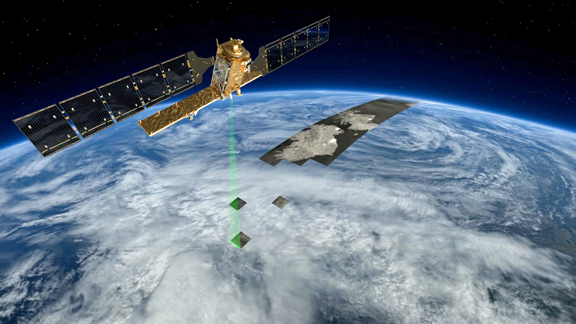 The Copernicus Sentinel-1 SAR instrument with its all-weather, day-and-night imaging capability and its short revisit time has greatly enhanced the amount of valuable data available to users. Data is routinely and systematically provided for maritime and land monitoring, emergency response, climate change and security purposes.

The Copernicus Sentinel-1 mission includes C-band imaging capability, operating in four exclusive imaging modes with different resolution (down to 5m) and coverage (up to 400 km). It provides dual polarization, very short revisit times and rapid product delivery. For each observation, precise measurements of spacecraft position and attitude are available. 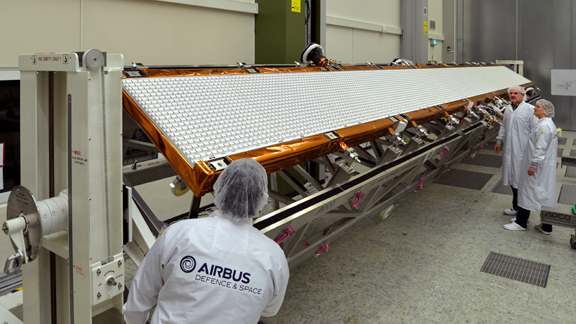 Artistic rendition of the Sentinel 1-B.

For the radar, Airbus Defence and Space teams build and test the 12.3 meter x 0.9 meter antenna in Friedrichshafen (Germany), with the SAR Electronics Subsystem designed and built in Portsmouth (UK). From its part, Thales Alenia Space will supply the transmission/reception (T/R) modules and the front-end electronics.

Sentinel-1A, launched on April 3, 2014, will be joined by its twin (Sentinel-1B) in April of next year to form the European Radar Observatory. The constellation then will cover the entire world’s land masses on a weekly basis, sea-ice zones, Europe's coastal zones and shipping routes on a daily basis and open ocean continuously by wave imagettes.

Since November 30, 2015, nearly 15,000 users have registered on the “Sentinel Scientific Hub” and completed more than 2.6 million downloads of data. Approximately 333,000 Sentinel-1A data products are available online.