Cubic / GATR / Vocality have much to show at Satellite 2017 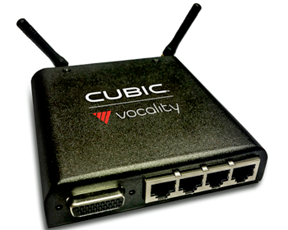 With a focus on the reduction in operational costs through bandwidth optimizations and enhancements to voice and video quality over satellite and wireless, Vocality is displaying the following at booth #1930:

GATR is introducing two new technologies: the GATR-FLEX®, a 0.75 meter foldable satellite antenna that weighs less than 20 pounds, and the ruggedized GATR 950 modem, based on iDirect Velocity™ technology. The two products make a highly efficient data transfer terminal that maximizes the portability of sub-meter satellite communications with high-throughput satellites (HTS). In addition, GATR will be exhibiting the following inflatable, ultra-portable satellite antennas that perform similar to rigid deployable antennas of similar size, but up to 90 percent reduction in the logistical size/weight of those systems at its booth #2015: