Just ahead of the currently-in-progress Satellite 2018 show, COMSAT outlined their plans for the Thales MissionLINK terminal as an integral piece of the Department of Defense’s (DoD) network modernization architecture for vehicular and dis-mounted units in a Communications-On-The-Move (COTM) environment. 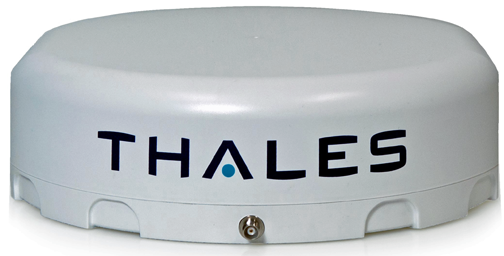 Iridium Certus presents DoD users with a unique capability to reach any number of their devices, platforms or personnel globally and simultaneously through one resilient, secure IP network.  Use cases for global broadcast services, netted user groups, tactical radio augmentation, machine-to-machine/IoT, C2 and C4ISR applications abound, as Iridium Certus is increasingly being recognized as an integral piece of the DoD architecture, as opposed to being a purely commercial augmentation.

Iridium Certus user terminals sign onto the network via a gateway located in the U.S. where all data and voice traffic lands and is seamlessly handed off to terrestrial circuits. Depending on the user terminal’s location and average number of cross-linked satellite hops, the latency in any given connectivity session is as low as 100 milliseconds round trip, which is a substantial improvement when compared to geostationary systems.  This opens Iridium Certus up to a range of latency dependent enterprise applications like video conferencing and secure voice calls. 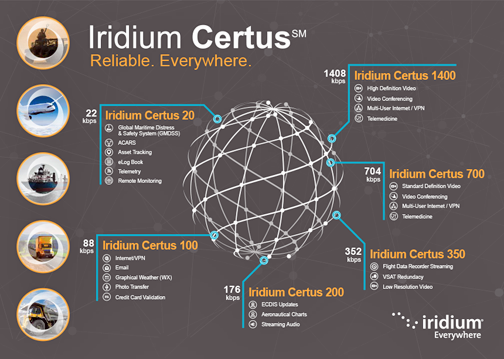 COMSAT points out that beyond network performance differentiators, Iridium Certus’ RF links present a very low probability of intercept due to rapid data path transition between multiple cross-linked satellites that make up the Iridium NEXT LEO constellation.  This rapid path transition also presents strong benefits in terms of network resiliency as connections can be routed around any one satellite anomaly, something that simply isn’t feasible in a traditional geostationary or bent pipe network architecture.