...sports channels, BeIN Sport 1 and BeIN Sport 2, are broadcast throughout France from the ASTRA 19.2 degrees East orbital position. The channels are available as an option to subscribers to CanalSat and Orange TV. SES owns and operates the ASTRA Satellite System, which reaches more than six million satellite homes in France. The encrypted two new channels—both transmitted in HD and SD—are broadcast using satellite capacity contracted by GlobeCast. GlobeCast acquired additional SES capacity and uses capacity that had already been contracted. With GlobeCast as a technical partner, the prime 19.2 degrees East orbital position allows BeIN Sport to optimize its reach and deliver its new sports TV programmes and events live in high broadcast quality to millions of households across France. French households pointing their dish to 19.2 degrees East will be able to watch the full set of matches of the French soccer Ligue 1 and Ligue 2, the Champions League, the Europa League, the Liga, and also Serie A and Bundesliga, as well as many other attractive sports. 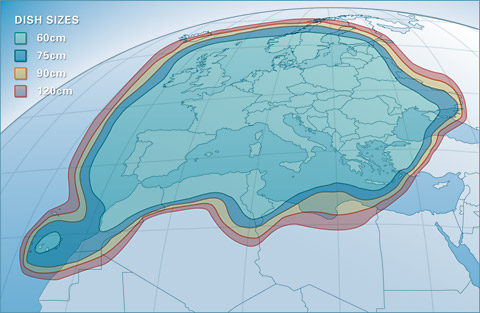