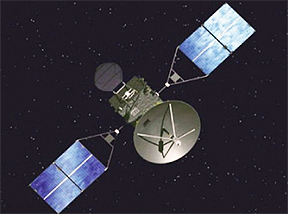 NigComSat-1R will provide bandwidth connectivity to more than 60 per cent of governtment’s Ministries, Departments and Agencies (MDAs) across the country. Managing Director/Chief Executive Officer of NIGCOMSAT Limited, Timasaniyu Ahmed-Rufai, disclosed this during an interactive session with reporters in Abuja. He listed the benefits of the satellite to government agencies and other business enterprises to include reduction in the cost of bandwidth acquisition, which costs Nigeria N75 billion yearly. Other benefits, according to Ahmed-Rufai, include boost of government’s egovernance initiative, development of indigenous software applications to aid Nigeria’s quest for a knowledge economy, enhancing the nation’s telecommunications services delivery, facilitating the Central Bank of Nigeria’s (CBN) pursuit of a cash-less economy, among others.

The NIGCOMSAT boss disclosed that, at present, the facility has attracted the Nigerian Television Authority (NTA), the Nigeria Postal Service (NIPOST), the Nigeria Customs Service, Galaxy Backbone, the Nigeria Immigration Service, security operatives and several Internet Service Providers (ISP) in the country. He added that the satellite, which has the capacity to cover more than 40 African countries, has already received a request from Ghana to supply two transponders. Other countries, which have expressed interest in the facility, according to him, include Sierra-Leone, Congo-Brazzaville, Kenya, Angola, South Africa and about six European countries. In addition, the NIGCOMSAT boss explained that the launch of the satellite will boost the country’s knowledge economy drive. “We are trying to build talented Nigerians who can create products that will be competitive in the global market. By doing so, we will be developing a pool of highly-skilled workers. If you want to create a knowledge economy, you have to create humans with knowledge,” he said.