...host five payloads and a de-orbit module when it launches in 2013. The STPSat series of satellites successfully proves the concept of a standard interface vehicle for the U.S. Air Force Space and Missile Systems Center, Space Development & Test Directorate (SMC/SD). The STPSat-3 spacecraft is able to support a variety of experimental and risk reduction payloads at different low-Earth orbits and is compatible with multiple launch vehicles by using the flight-proven Ball Configurable Platform 100 (BCP-100) standard interface bus. 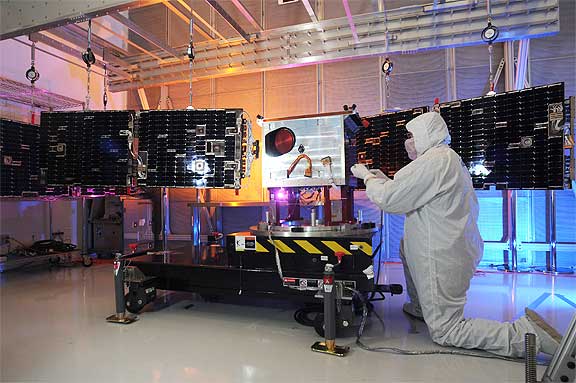 David L. Taylor, president and CEO of Ball Aerospace, said, “Built in only 47 days, the versatility of this common spacecraft will be evidenced once again when five payloads are flown aboard STPSat-3—two more than carried by SPTSat-2 when it launched in 2010." The payloads for STPSat-3 will include: