Milestone: The One Hundredth 1300 Platform Satellites Manufactured + Delivered By SSL

[SatNews] Space Systems/Loral (SSL) announces the company has reached the milestone of 100 satellites built on the SSL 1300, a platform designed to accommodate evolving technology and innovation.

The 100th 1300, which was delivered to launch base on August 26, is a highly advanced broadband satellite that will provide fast internet service to homes and businesses across the continent of Australia and its external territories. 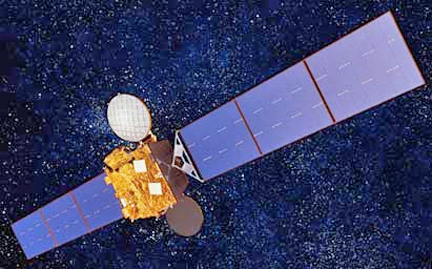 Artistic rendition of the SUPERBIRD-A satellite.

The first 1300, called SUPERBIRD-A, was launched in 1989 for Space Communications Corporation (SCC), a Japanese provider of commercial satellite services that subsequently became SKY Perfect JSAT. Named after its original dry mass of 1,300 kg., the satellite platform evolved out of a project to develop a 3-kW satellite, which was the highest power ever achieved at the time.  Compared to SUPERBIRD, today’s 1300 provides eight times the power, 30 percent longer life, and can accommodate four times as many transponders.

A Platform For Innovation
As a company that embraces innovation, in the 1980s the engineering team was forward looking in creating a platform that allowed new technologies to be introduced incrementally. The success of this approach, which maintains heritage and carefully manages risk, can be seen in the fact that each generational change has proven to be more reliable than the previous generation. Today’s 1300, while readily identifiable as a descendant of SUPERBIRD, is in fact, built on all new technology.

The SSL 1300 is one of the world’s most popular satellites and there are more SSL 1300s currently on orbit and providing commercial service than any other model communications satellite. Over the years it was the first platform to incorporate many innovations.

The 100th 1300 for the new broadband network (nbn™) in Australia, exemplifies how the platform has evolved. It is the first 1300 to mount eight large antenna reflectors using a unique boom configuration providing 101 spot beams in two different sizes. With more than 125 transponders, throughput capacity is precisely tailored to a highly varied geographic user distribution. Other innovations include advanced low noise amplifiers to improve RF performance and it is the first satellite to use a third generation high capacity battery for reduced mass.

Future Roadmap
SSL continues to qualify advances for future use on the 1300 with a focus on adding flexibility and standardization. The company is working closely with its customers to incorporate innovations that will support the high performance, better economics, and increased accessibility that will broaden the appeal of satellite-based solutions. The 1300 will continue to provide the value and adaptability that satellite operators need to support next generation applications and SSL is working to ensure that the next one hundred 1300s reflect dramatic improvements in cost, schedule, mass and flexibility.

Executive Comment
“Over the 30 plus years that I have worked in the industry, the demand for satellite services has seen considerable growth,” said John Celli, president of SSL. “At the time of the first 1300 we had no idea that there would be demand for high definition television, or that people on planes and ships would want to browse the web. The delivery of the 100th 1300 is tangible evidence of the success we have had in implementing new technology to serve changing markets, while at the same time preserving the heritage and on orbit performance that our customers require.”