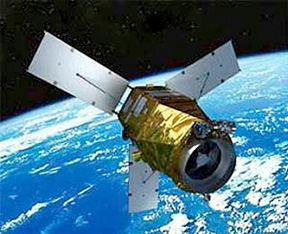 Artistic rendition of the
KOMPSAT-3 satellite.
[SatNews] Korea Aerospace Research Institute (KARI) has announced the successful operation of KOMPSAT-3 for one year since its launch on May 18, 2012. During the first year of operation, the performance of KOMPSAT-3 was validated and KARI's worldwide commercial service was launched through Satrec Initiative, starting on April 1, 2013.

KOMPSAT-3 is the first sub-meter satellite from Korea and was developed by KARI as a successor to KOMPSAT-2 for VHR EO data continuity. With the KOMPSAT-3 program, KARI has achieved substantial technical improvements when compared to previous programs in terms of resolution and agility. KOMPSAT-3 can provide sub-meter images with various imaging modes that include single pass stereo. The satellite will continue to provide sub-meter imagery to domestic and international users for use by public safety agencies, for resource management, environmental monitoring, location-based services, intelligence and disaster monitoring. 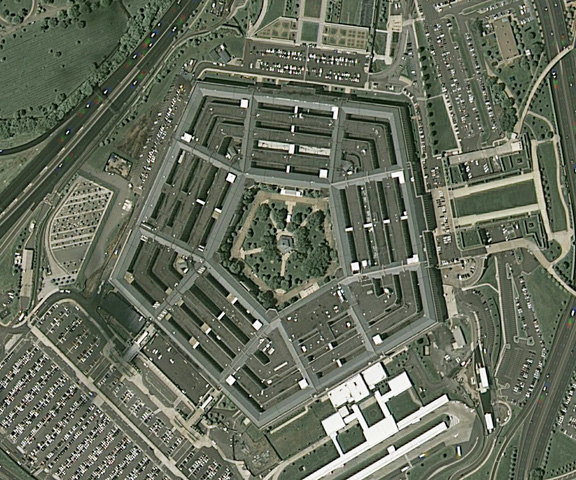 KOMPSAT-3 image capture of the Pentagon, courtesy of Satrec Initiative.

The constellation that is comprised of KOMPSAT-3 and KOMPSAT-2 now has a data collection capacity that reaches 2M km2 per day, of which 300,000 km2 per day is from KOMPSAT-3. After the launch of KOMPSAT-5, which is planned for, the KOMPSAT constellation will offer a unique combination of optical and radar sensors. KOMPSAT-3A, with enhanced performance, is planned for launch in 2014. KOMPSAT-6, with SAR payload, will guarantee data continuity and will enhance the capabilities of KOMPSAT constellation. Currently, the catalog of KOMPSAT-2 and KOMPSAT-3 imagery is available at http://arirang.kari.re.kr. 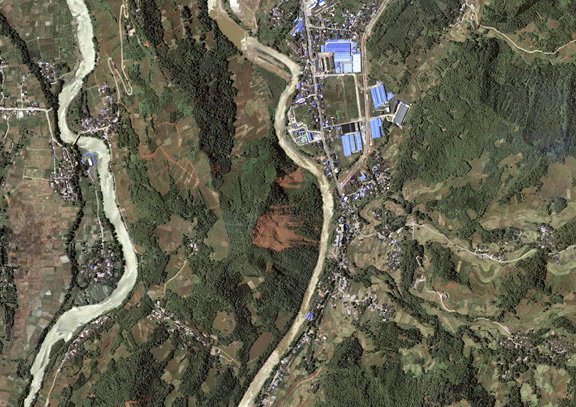 In honor of the one-year anniversary of the KOMPSAT-3 launch, Satrec Initiative has released sample data and is offering promotional prices for KOMPSAT-3 imagery in order for users to experience the KOMPSAT-3 data sets. Promotional pricing is applicable to orders confirmed by Satrec Initiative until June 17th at 6:00 p.m. KST. During the promotional period, KOMPSAT-3 imagery will be offered at the same price with KOMPSAT-2 imagery. Orders placed through resellers are also eligible. 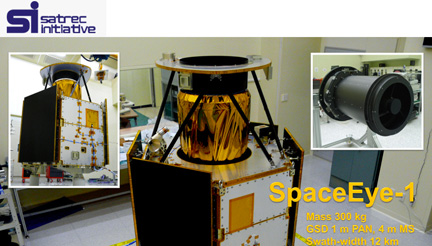