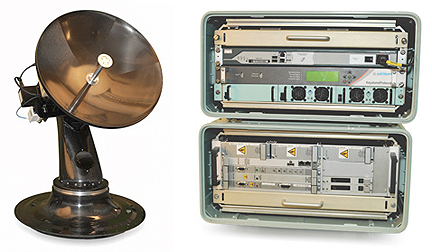 [SatNews] Astrium has received an order to fit six UK Royal Navy mine countermeasure vessels with a military X-band...

...satellite communications capability via the Skynet 5 constellation. This will be achieved by fitting Astrium Services’ latest milspec maritime satellite terminals. Known as Deployable Maritime Milsat (DMM), this project will allow vessels that were previously unable to use X-band satcom to take advantage of the extra protection and assurance that is provided by the Skynet 5 system. A further six vessels will be made ready to receive the same terminals at short notice should their future role require it.

To be delivered over five years, this program will fit selected Royal Navy Mine Counter Measures Vessels with all of the satellite terminals and baseband equipment to allow them to fully integrate into Future Force Structure 2020. The satellite terminal that has been selected for this important programme is Astrium Services’ SCOTPatrol 0.8 meter terminal, which draws on the heritage of the highly successful SCOT 5 terminals that are fitted to the Royal Navy’s larger warships. 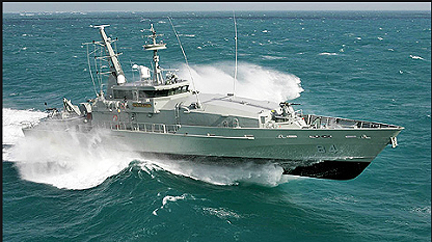 This next generation naval satellite communications terminal is lighter and requires less maintenance, making it ideal for smaller ships. The terminal will be integrated with the Astrium Services Skynet 5 Satellite Ground Terminal architecture and will take advantage of a new IP based Global Interconnect Network that Astrium Services are rolling out.

Astrium Services already enables governments and the military to procure secure communications as and when required, primarily to the UK Ministry of Defence under the Skynet 5 contract, signed in October 2003. Skynet 5 provides the UK Armed Forces with satellite communications worldwide. The contract runs until 2022.