[SatNews] Despite hurricane Sandy playing havoc with much of the east coast, an awards dinner and honored guests will still be held during Satellite Week in New York.

The following is a letter sent from Louis Zacharilla Director of Development, SSPI...
It seems a long time ago that I wrote you a letter saying that summer was over, and that it was time to plan your new business support efforts through the SSPI corporate sponsorship program and our Gala in Washington for 2013.

Between now and Washington, DC in March, however, there is something large: New York.  New York, or as we like to call it, “Sandy’s backyard!”  But that is over and what remains can only be a celebration.  That will come by way of SSPI’s annual Future Leaders Dinner, scheduled for November 13 in Manhattan.

It is always a special event.  This year it will be very special.  “Satellite Week in New York” will make a statement of our industry’s relevance and its support for an important city to this industry.  To help us, we have three young leaders and a mentor who will be honored at the dinner.  ABC’s Rich Wolf has been engulfed with work since the storm as his network became a key link to information for those of us who were literally treading water.  It has been a remarkable act of leadership, which he will share. 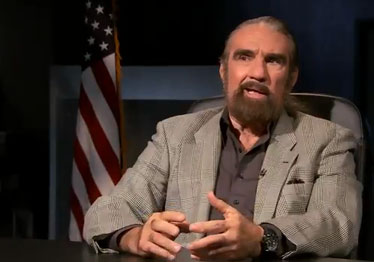 There is also another lesson in leadership to be heard that night.  I will have the privilege of asking one of the founders of Navy SEAL Team Six, Commander (Ret.) Richard Marcinko questions about how things get done in that unique environment, which consists of the “best educated people in the military.”

For those of you interested in attending the Future Leaders at no cost, here is how it can be done right now:  renew your corporate sponsorship for SSPI for 2013, or upgrade your support.  Once we receive your commitment, you will receive at least one ticket to the dinner in New York, depending on your level of support.