Engineers at Paradise Datacom have pioneered a host of features designed specifically for Cellular Operators that use satellite links to backhaul Abis traffic, with features such as the Quad-E1 Interface that allows operators to backhaul as many as four full or fractional E1 channels at a BTS site with a single modem.

Customers wishing to seamlessly migrate from CDMA networks to GSM asked for the ability to bring serial and IP traffic interfaces into the Quad-E1’s internal multiplexer and so — MultiMux was born. Paradise Datacom has once again raised the bar with the introduction of Sat-Abis, the industry’s only integrated modem and Abis optimizer. Available in the Company's Evolution and Quantum series modems, Sat-ABIS provides a simple, cost-effective way to enjoy significant reductions in satellite bandwidth usage for backhaul links without having to purchase expensive and complex outboard components. Sat-Abis was designed from the very beginning to function as a symbiotic element of the existing Paradise Datacom Evolution and Quantum series modem platforms and consequently works in concert with the litany of powerful features already resident in those products. 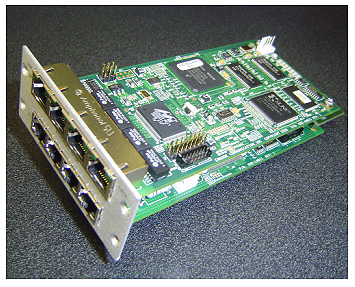 Each G.703 port is user-configurable for E1 or T1 traffic, at either full or fractional rates. The on-board multiplexer combines traffic on as many as four E1/T1 circuits into a single HDLC packet stream, which reduces encapsulation overhead and packet frequency. Though addressable from the modem’s front panel, the Ethernet ports allow direct PC access for high-speed configuration of the module and provide expansion capability for future applications. Sat-Abis processes up to 64 DS0 channels (64 kbps) of Abis-compressed voice, signaling and data traffic simultaneously on 1-4 terrestrial E1 ports on the modem’s rear panel. In order to reduce the satellite bandwidth necessary to support the link, Sat-Abis performs the following functions:

Though Abis optimization is an excellent first step in maximizing use of the satellite, other technologies may be used to take bandwidth savings a step further. In addition to Sat-Abis, Paired Carrier Multiple Access (PCMA) is available as an outboard instrument and will soon be incorporated into the modem as an embedded feature, thanks to an agreement reached between Paradise Datacom and ViaSat, the patent holder of PCMA. PCMA can be used in combination with Sat-Abis for additional OP-EX savings.