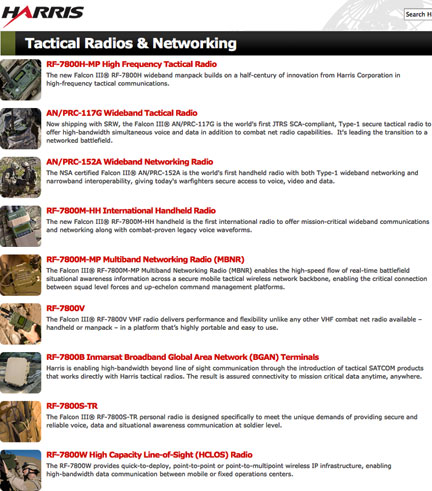 The contract is part of Portable Radios Program (PRP), which procures and fields radios for the Office of the Chief of Naval Operations for secure/non-secure voice and data communications, satellite communications, and emergency communications for ships. Harris has been a provider to the PRP program since its inception in 2007.