SES has announced that Over-the-Top (OTT) platform Kartina TV will be broadcasting the tailored bouquet of Russian-language TV channels across Western Europe as the company aims to increase the number of viewers watching their content.

The content, which soon will be available on a new FTV (Free-to-View) encrypted DTH platform on ASTRA 1N satellite at 19.2 degrees East, will continue to be available over IP networks.

One of the leading payTV operators in Europe and the U.S. for Russian-language programming, Kartina TV caters to the Russian-speaking diaspora who can access Russian-language content via OTT set-up boxes and apps. 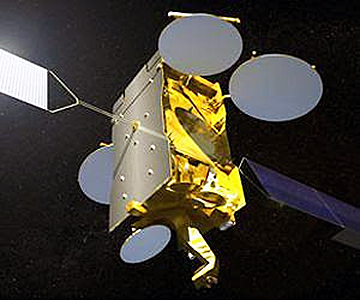 The new Kartina Satellite Verimatrix encrypted FTV platform will carry around 30-40 SD Channels in HEVC encoding and is available for users who have a dedicated 4K / UHD HDR Android based, hybrid, cardless STB with categorized lists of FTA channels and extended EPG support. For more info see here.

Oleg Jecov, Head of Satellite Project of Kartina TV, noated that as OTT content providers, the company wants to be delivering content to everyone, but there are limitations when it comes to terrestrial networks. By combining the Katrina TV offering with satellite, the firm will be able to broadcast channels for viewers who have limited broadband connectivity as well as open up a new market for Kartina.

Håkan Sjödin, Vice President, Sales Nordic, Baltic and Eastern Europe of SES Video, added that the company increasingly sees how OTT players are keen to expand their markets by leveraging the superpower of satellite — reach. This deal with Kartina TV is an example of that and sets a new standard for OTT platforms in expanding the reach, viewership and value of multi-genre content. Given the company’s leading satellite broadcasting position in Europe, SES is in a unique position to support Kartina TV with its new strategy to work with satellite distribution to expand their business by offering multi-genre, free-to-view Russian package in Europe via satellite.