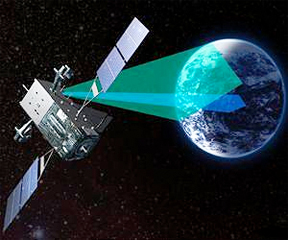 On January 11, GEO-2 was safely transported from Lockheed Martin's Sunnyvale, California, facility to nearby Moffet Air Field. The 60th Air Mobility Wing of Travis Air Force Base, California, then loaded the satellite aboard a C-5 aircraft and successfully shipped the spacecraft to Cape Canaveral Air Force Station.

Prior to launch, engineers will complete post shipment testing, fuel the satellite's propulsion system and encapsulate the spacecraft inside the launch vehicle's payload fairing. The fairing will then be mated on top of the Atlas V launch vehicle for final integrated testing and closeout preparations for launch. Approximately 24 hours before launch, the Atlas V/SBIRS GEO-2 vehicle will roll to the launch pad for lift off.

Leveraging lessons learned from GEO-1, the SBIRS team was able to improve efficiency in the assembly, integration and test of GEO-2. From GEO-1 to GEO-2, the team reduced schedule time for similar activities by nearly 30 percent.