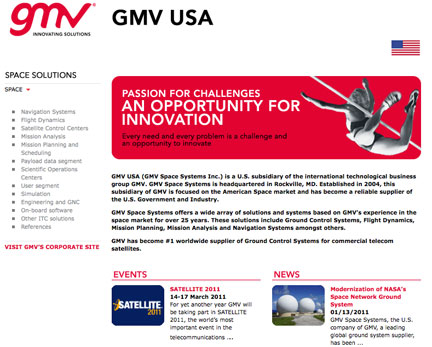 GMV USA homepage link
[SatNews] With a lower orbital altitude, this satellite will have faster transmission rates, and this Company will provide the flight dynamics system...

Thales Alenia Space has awarded GMV a contract to supply the flight dynamics system for the O3b satellite constellation that will be set up by O3b Networks Ltd. The constellation, which will comprise 16 satellites in circular orbit along the equator, is designed to improve Internet access in remote areas of the world. The aim is to provide broadband Internet coverage to about 3 billion users (half of the world’s population), almost all of them from emerging countries, thus helping to narrow the “digital divide”. Unlike other communications satellites, the O3b satellites will not be placed in a geostationary orbit (at a height of 36,000 kilometers) but rather at about 8,000 kilometers. This will speed up transmission rates considerably because the distance the signals must be sent is smaller. At this height, the communications latency is reduced fivefold, to about 0.1 seconds. 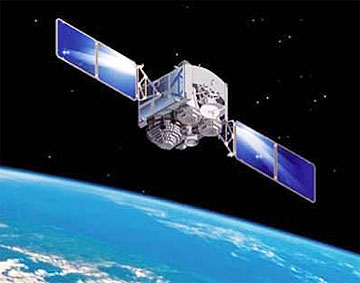 The flight dynamics system will be based on focusCn, from GMV´s focussuite Flight Dynamics Software family for satellite constellations. The system will be set up as part of the Thales Alenia Space ground control system to support the whole life cycle of the satellites including launch, positioning in the allocated slot, routine operations and deorbiting. The system will be installed by Thales Alenia Space in Betzdorf (Luxembourg) and in a location to be determined in the United States. GMV will also provide support for flight dynamic system integration and operator training. “This will be the third constellation-operating flight dynamic system deployed by GMV following the success of the Galileo and Globalstar constellations,” said Jorge Potti, general manager of GMV Aerospace. “GMV is proud to provide our high-quality global flight dynamics for the O3b satellite constellation.”