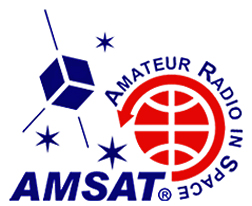 This will allow ground controllers to select the normal U/V configuration or the new L/V 1.2 GHz (23 cm) mode. Both bands will operate as FM single channel.

“Rather than adding a complete new receiver, the L band ‘Project Downshifter’ will convert the received L-band signal down to the Fox-1 uplink frequency and feed it to the UHF receiver on the Fox-1 satellite,” Buxton said. “The design will not require an additional antenna on the satellite, because the existing UHF antenna will work for L-band receive as well.” 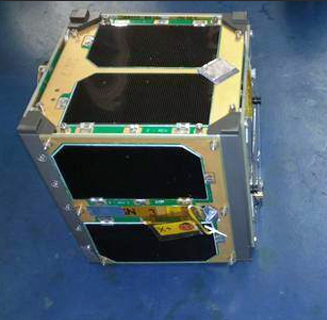 Photo of the Fox-1D CubeSat, courtesy of AMSAT.

A new group of volunteers is working on a companion uplink station to convert UHF to the L-band uplink frequencies. Team members include Bruce Herrick, WW1M; Dan Hubert, VE9DAN; Elizabeth Schenk, KC1AXX; Dave Smith, W6TE, and Alfred Watts, AF5VH. The team plans to have an affordable L-band uplink ground station available to amateurs by the time Fox-1C is on orbit.

Buxton also has announced plans to construct a Fox-1E “Evolution” variation of the Fox-1 series, which will carry a Mode J linear transponder. The transponder is planned to be 30 kHz wide and will also include a 1200 bps BPSK telemetry beacon. The purpose of the project is to test a  design for a linear transponder that could be made available to CubeSat builders as a secondary, or even primary, Amateur Radio payload.

AMSAT reports that it has been approached regarding a Fox 1E launch opportunity in 2016 but said it cannot share details at this time.

Buxton said the Fox-1 Team continues to seek new volunteers with solid RF building and testing experience to work on both the downshifter and the transponder prototyping and construction.