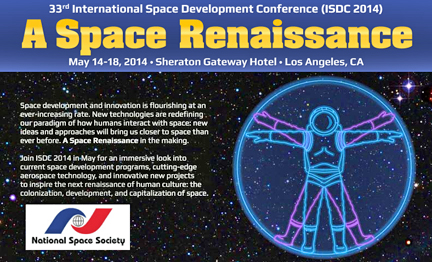 [SatNews] The National Space Society takes great pleasure in announcing that its 2014 Robert A. Heinlein Memorial Award has been won by acclaimed space entrepreneur Elon Musk, the Chief Designer and CTO of SpaceX.

In the last decade, SpaceX, under the leadership of Elon Musk, has been moving directly toward accomplishing goals that many of us in NSS think are of utmost importance, such as forcing a drastic reduction in launch costs by doing the very hard task which no one else in the world has been willing and able to tackle: working to create a family of commercially successful and reusable rocket boosters and reusable spacecraft. 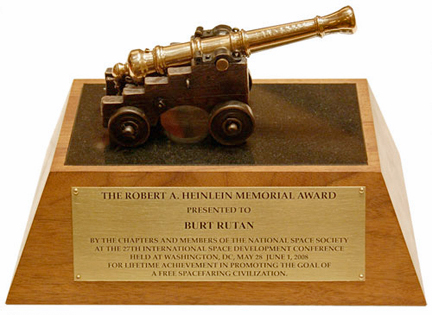 The National Space Society's prestigious Robert A Heinlein Memorial Award will be presented to Elon Musk at the 2014 International Space Development Conference (ISDC).  The conference will be held at the Sheraton Gateway Hotel in Los Angeles, CA.  The ISDC will run from May 14-18, 2014.

The imaginations of our visionaries of the last 100 years will not be fulfilled until affordable, large scale and high mass operations can take place in Earth orbit and beyond.  SpaceX's Dragon spacecraft is reusable and SpaceX is making great progress towards a reusable rocket, the key development that would make such operations possible.