[SatNews] Airbus Defence and Space, in partnership with HisdeSAT, has announced a Radar Constellation Challenge, in order to encourage the development of innovative application ideas using radar satellite imagery.

The initiative is part of the Earth monitoring Copernicus Masters Competition, which aims to support the development of market-oriented applications based on Earth observation data. The focus of the challenge is the creative use of high-resolution SAR (synthetic aperture radar) data specifically from the upcoming TerraSAR-X / TanDEM-X and PAZ constellation. 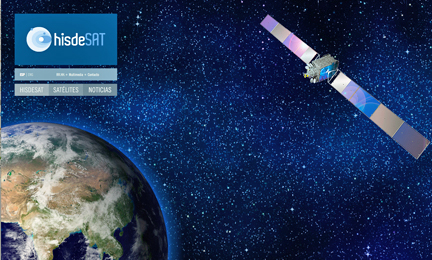 Starting in late 2014, the Spanish PAZ satellite (built by Airbus Defence and Space, and owned and operated by HisdeSAT) will join the twin radar satellites TerraSAR-X and TanDEM-X in the same orbital plane. In combination with the identical imaging modes offered by all three satellites, this concept will make possible leveraging the potential of a satellite constellation with high revisit rates, increased coverage, improved service. However, data integration from other source— including satellite imagery from other commercial or public sensors—will also be considered. Airbus Defence and Space and HisdeSAT are in particular calling for creative ideas addressing maritime monitoring, security, or change detection applications.

Submissions will, among other factors, be evaluated for their innovation, as well as their potential customer and economic benefits. Their ability to integrate SAR satellite data will be taken into consideration, as will their relevance to the Copernicus program. Competition participants—whether students, entrepreneurs, developers, or SMEs—are invited to submit their innovative approaches until July 13, 2014, through the Copernicus Masters website: http://copernicus-masters.com/index.php?kat=challenges.html&anzeige=airbus_hisdesat.html

The annual Copernicus Masters competition has since 2011 been awarding prizes to innovative solutions for business and society based on Earth observation data. The competition takes place within the framework of the European Copernicus program (formerly known as ‘GMES’ - Global Monitoring for Environment and Security), designed to create a modern, capable infrastructure for Earth observation and geo-information services.

The Airbus D&S site is located at http://airbusdefenceandspace.com/