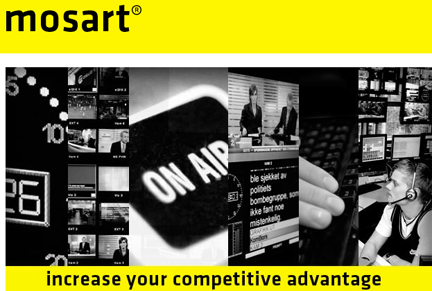 [SatNews] During CABSAT 2104, Mosart Medialab will be demonstrating several of their broadcasting applications, with the spotlight on Mosart(r) Newscast Automation. 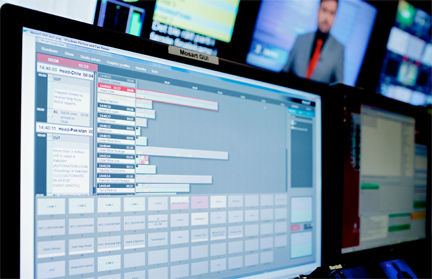 Mosart's technology is flexible and adaptable, and its template-based approach facilitates adjustments to workflow or equipment in the least disruptive way possible. Because the system is intimately integrated with all major newsroom computer systems (NRCS), the user can plan the full studio production in the NRCS, and the Mosart automation system will continuously synchronize its rundown. Through a unique context-sensitive template system for headline sequences, producers and directors can change the order of headlines at the last moment without worrying about the technical details of transitions and graphics. The Mosart automation system makes sure the headline sequence looks right, regardless of order.

With the release of Mosart Newscast Automation version 3.6, new at CABSAT 2014, Mosart has enhanced the industry's most powerful newscast automation GUI to put even more flexibility at the director's fingertips. Mosart Newscast Automation 3.6 provides access to a customizable pool of content and enables direct playout, regardless of the rundown location. Content and sources from any point of the rundown can be sent to studio walls, both directly and through preprogrammed salvos taken to air at a single click. These innovations improve nonlinear news production by giving directors instant content access and further enhance the Mosart automation system's capability to perform in breaking news situations, during deviations from the NRCS rundown, and when directors are making on-the-fly decisions about which content and assets to use.