On the NABSHOW Floor... Cobham SATCOM Products to Play a Starring Role...

Cobham is bringing a host of innovative satellite communication technology to the firm's booth at the NABSHOW, which will be held at the Las Vegas Convention Center , including the company's unique EXPLORER 8000 stabilized VSAT antenna systems, which are now approved for operation on Eutelsat’s network, in addition to class-leading Inmarsat Global Xpress antennas and portable Inmarsat BGAN systems.

Cobham’s NAB Show booth has been designed to demonstrate the diverse EXPLORER portfolio’s ability to provide high bandwidth and reliability for even the most demanding outside broadcast applications. 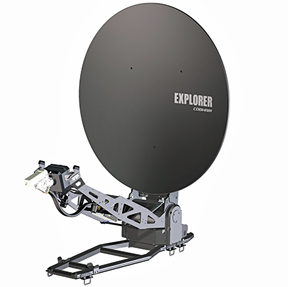 Leading the charge is the brand new 1.2 meter EXPLORER 8120 VSAT Auto-Acquire, Drive-Away Antenna System providing ‘Comms-On-The-Pause’ operation with high-speed connectivity and unmatched link stability, achieved due to the use of Dynamic Pointing Correction, a stabilization technology unique to Cobham EXPLORER antennas. This sophisticated technology maintains a strong link to the satellite to allow for uninterrupted HD multi-media streaming or data transmission should the vehicle move on its suspension due to people getting in and out, high winds, earth tremors or percussive shock events such as e.g., the local use of heavy military ordinance. Cobham will demonstrate EXPLORER 8120 VSAT’s high performance live on Network Innovations’ Ku-band Maverick service during the NAB Show.

Along with the 1 meter EXPLORER 8100 VSAT system, EXPLORER 8120 VSAT has recently received approval for use on Eutelsat’s network. This February, Eutelsat put both systems through intense performance testing, showing a class-leading less than 0.1° pointing accuracy. Wind Load Tests also put the EXPLORER 8120 VSAT ahead of the competition, with Eutelsat documenting its ability to provide a stable, high bandwidth link to the satellite in winds up to 57.5 mph which is more than 50 percent better than originally specified. 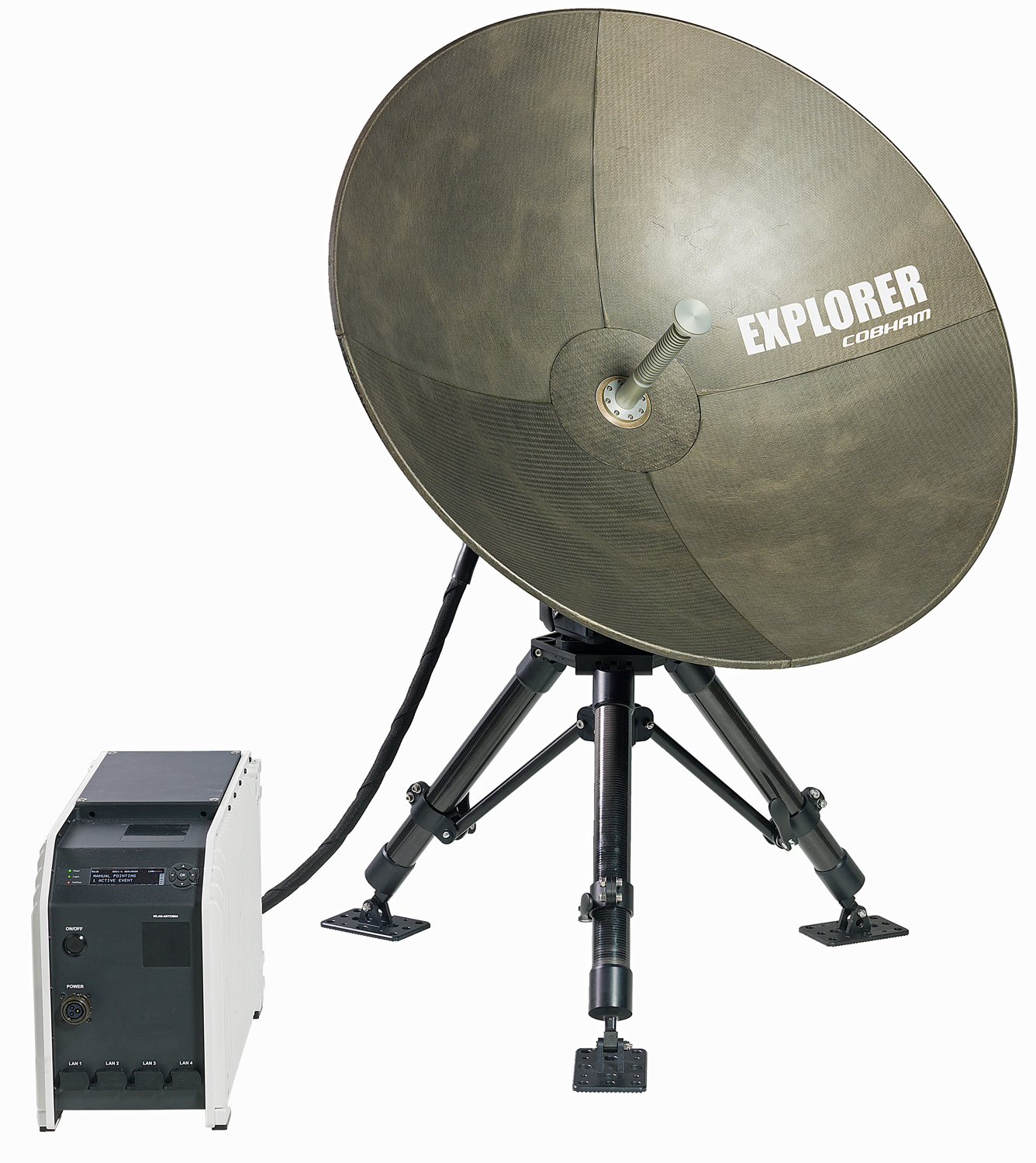 Cobham has developed an extensive range of antenna systems that provide the vital link from remote outside locations to the studio using a variety of networks. At the NAB Show, the company will demonstrate its solutions for customers choosing the Inmarsat Global Xpress service for outside broadcasting. The EXPLORER 5075GX and 3075GX will be demonstrated live, to show visitors how Inmarsat’s new Global Xpress Ka-band service and Cobham’s Fly-Away antennas are the perfect match for high speed multi-media streaming and data transmission. To show the flexibility enabled by the modularity of the platform, Cobham will also demonstrate the ease of switching between services on EXPLORER 3075GX. Using a simple conversion kit, broadcasters can easily switch from Global Xpress to Network Innovations’ Ku-band Maverick service and ViaSat Exede/Eutelsat’s NewsSpotter Ka-band services.

Also in focus for Cobham at the NAB Show is the established range of EXPLORER ultra-portable BGAN terminals, including EXPLORER 710 and EXPLORER 510, as well as more specialist solutions such as the EXPLORER 540 BGAN M2M, which with its brand-new LTE modem is the first dual-mode system of its kind for Internet of Things/Machine-to-Machine applications. The company’s unique new EXPLORER MSAT-G3 Push-To-Talk system will also return to Las Vegas for the NAB Show, following a successful appearance at IWCE in March. EXPLORER MSAT-G3 is a unique co-development with Ligado Networks and ViaSat designed to provide highly available and cost-effective communication by integrating Land Mobile Radio (LMR) networks with IP-based L-band Mobile Satellite Services.