Newtec And Raytheon Warm Up In Antarctica To Tackle Climate Change 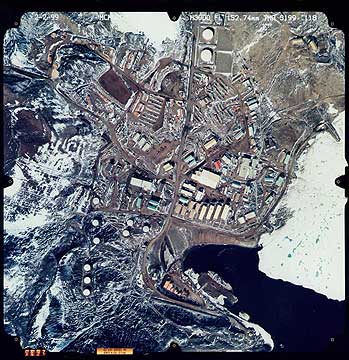 The EL470 modems are configured for 1:1 redundancy and were recently installed in the satellite Earth station facilities in both Antarctica and Australia. The equipment is part of a larger effort by Raytheon to modernize and increase the satellite bandwidth for improved off-continent communications needs.

NPOESS was designed to serve as the nation's next generation low Earth orbiting operational weather and climate monitoring system and to provide timely and essential data to civilian and military. The government recently announced its plans to restructure NPOESS and is currently developing a transition plan. The NPOESS system will monitor global environmental conditions, as well as collect and disseminate data related to weather, atmosphere, oceans, and land and near-space environments. Two new polar tracking antennas are being installed at McMurdo Station to support the down-linking of the NPOESS weather data as part of 16 globally-distributed receive-only earth stations (receptors). The NPOSSS data will utilize the improved communications link to transmit its data to the weather processing centers in the United States.

“Improvements to satellite communications from McMurdo were needed to support the large amounts of data that must be quickly delivered to the United States”, said Joe Paciaroni, NPOESS Global Network and Infrastructure (GNI) Manager for Raytheon. “The outbound circuit can now support up to 60 Mbps using 8PSK-2/3 DVB-S2 and the inbound circuit can support up to 20 Mbps with 8PSK-3/4 DVB-S2. Newtec’s DVB-S2 IP Modems offered Raytheon the best use of the Satcom link, so it was a natural choice to select the EL470 for this service”, Paciaroni added.

Information about FlexACM can be found here.

In addition to doubling the capacity of an existing link, on average, it also guarantees 100 percent availability of link reception, even when all other systems are down due to heavy rain fade. FlexACM can be used in point-to-point and point-to-multipoint systems, in one way (with terrestrial return channels), as well as two-way configurations (with the return channel also over satellite). It can be used to upgrade existing satellite links without changing other elements of the transmission chain, such as the antenna or HPA.