Ensuring The Hard Way Is The Right Way 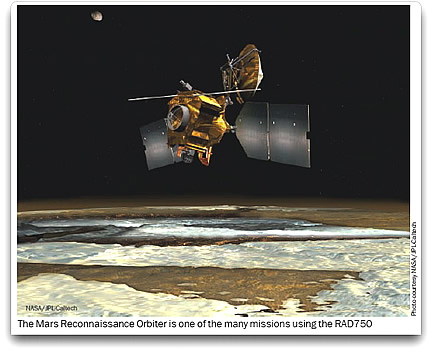 The RAD750® computer aboard NASA’s Kepler spacecraft is part of the company’s third generation of radiation-hardened single-board computers. With 500 systems placed in orbit, BAE Systems is the leading provider of computers capable of withstanding the radiation, temperature, vibration, and other extremes encountered in space flight. The computer aboard the Kepler Mission controls the NASA spacecraft, managing its directional orientation and other functions, processing large volumes of scientific data, and running the software that keeps the satellite in orbit. Kepler is NASA’s first mission to determine the statistical probability of Earth-size planets in the habitable zone of the Milky Way.