Russia... Meteor-1 To Make Waves In The Indian Ocean (Satellite) 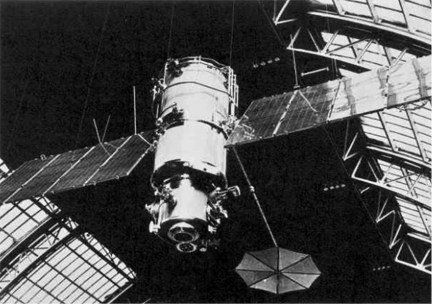 ...re-enter the Earth’s atmosphere after more than four decades in orbit, according to the U.S. Strategic Command's website. The Meteor satellite series was developed in the Soviet Union during the sixties. On March 26, 1969, a Vostok rocket launched Meteor -1, the very first version of the Soviet Meteor satellite network, into orbit. The satellite terminated operations in July 1970, according to NASA information. The spacecraft is expected to begin falling at 3:13 a.m. Moscow time on March 27th, with debris estimated to fall into the Indian Ocean south of Sri Lanka, the U.S. Strategic Command said.

Weighing between 1,200 and 1,400 kilograms, the Meteor-1 spacecraft was originally placed in orbit at an altitude of 650km. Two solar panels were automatically oriented toward the sun to provide the spacecraft with the maximum amount of solar power. Meteor-1 provided near-global observations of the Earth's weather systems, cloud cover, ice and snow fields, and reflected and emitted radiation from the dayside and nightside of the earth-atmosphere system for operational use by the Soviet meteorological service. Some of the processed data and TV pictures from the satellite were distributed to meteorological centers around the world.