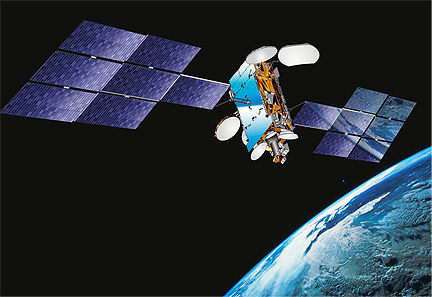 ...to ensure that all homes in the Irish Republic will be able to benefit from free digital reception of the RTÉ public service television and radio channels. In March of this year, and to complement its SAORVIEW terrestrial service, RTÉ is switching on a new digital satellite service which will provide service cover to the 1 to 2 percent of households which are beyond range of terrestrial DTT reception. Working closely with Eutelsat, RTÉNL has selected the service area of KA-SAT which is dedicated exclusively to the island of Ireland. The service will broadcast RTÉ’s five television channels RTÉ One, RTÉ Two HD, RTÉ News Now, RTÉ junior and RTÉ One +1 and ten radio stations.

Eutelsat and RTÉNL have ensured that should any other broadcaster wish carriage provision, additional capacity on SAORSAT will be available for this future expansion. For RTÉ, the combined offering of SAORVIEW and SAORSAT is the only effective solution for achieving one hundred percent national coverage of the RTÉ free-to-air public television and radio services; additionally the KA-SAT solution carries the benefit of providing full national back-up cover in the event of an emergency or a catastrophic failure of the terrestrial network. To receive SAORSAT, viewers will need a satellite dish equipped with a Ka-band LNB and a DVB-S2 set top box.