[Satnews]  Haigh-Farr marks 2015 as a year of continued growth and accomplishment.

As the market for custom antenna products continues to evolve, Haigh-Farr has continued to expand its design, simulation, testing and manufacturing capabilities. Topping the list is the addition of a new environmental testing facility that now allows the company to perform in-house assessment of antenna performance under temperature extremes, vacuum conditions as well as the vibration and mechanical shock encountered during launch and deployment. 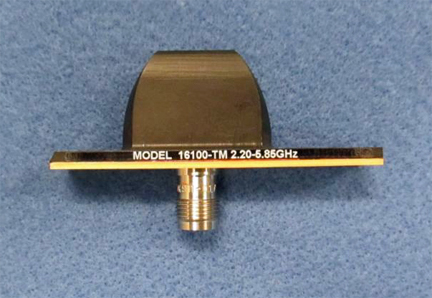 This year Haigh-Farr also joined the National Spectrum Consortium (NSC), an organization that cultivates collaboration between government and private sector industries in the development of technologies that enhance commercial and military access and the use of the electromagnetic spectrum.

Haigh-Farr continues to expand its line of specialty products and added several new models in 2015, including the 16100 Broadband Blade Antenna that provides extremely wide 2.2 to 5.85 GHz coverage and features omnidirectional azimuth plane coverage and a filled-in null in the elevation plane. The antenna is available in both standard and metric versions and with either TNC or SMA connectors. Its compact footprint makes it equally attractive for airborne, mobile and stationary applications.

"This expansion of our testing laboratory allows us to more expeditiously meet the needs of our customers by combining design, modeling, testing and fabrication operations under one roof," said David Farr, CEO of Haigh-Farr. "By enhancing our test capabilities, the majority of our environmental testing can be accomplished in-house. This saves time, ensures a high degree of quality control and has a positive impact on cost."