....Glonass satellite navigation system in 2012-2020, the Kommersant daily said on Wednesday. Glonass is Russia’s counter to the U.S. Global Positioning System, or GPS, and is designed for both military and civilian uses. Government sources told Kommersant space agency Roscosmos and economics ministry had agreed on a draft development program for the Glonass project, and it had already been submitted for government’s approval in late January. 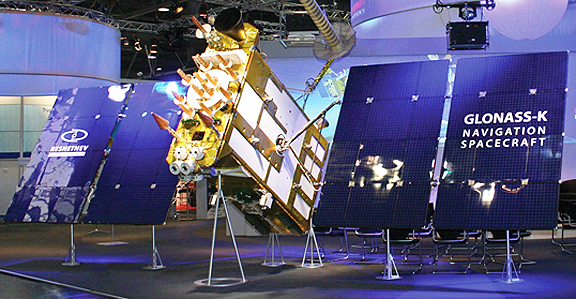 The expenditures include 146.9 billion rubles ($5 billion) to support the system and 138.3 billion rubles ($4.6 billion) to develop it. A group of 31 Glonass satellites is currently in orbit, with 24 operating to provide global coverage, four in reserve, and one undergoing trials. In 2020, Russia plans to have 30 satellites in orbit, including six in reserve. To support the orbital grouping, Russia plans to launch 13 Glonass-M satellites in 2012-2020 and 22 new-generation Glonass-K spacecraft to replace the outdated spacecraft. For the launches, Russia will build eight Proton-M and 11 Soyuz-2.1b carrier rockets.