...its 30,000th orbit, which it started at 07:55:45 UTC. Metop-A has travelled more than 1.35 billion kilometres around its orbit since its launch from the Baikonur Cosmodrome in Kazakhstan on October 19, 2006. To secure continuity of the critical operational service provided by Metop-A, the second satellite in a series of three, Metop-B, is being prepared for launch in September, also from Baikonur.

The Metop satellites, developed jointly by the European Space Agency (ESA) and EUMETSAT, including instruments supplied by NOAA/NASA and CNES, are Europe’s first operational meteorological satellites in polar orbit. They constitute the space segment of the EUMETSAT Polar System (EPS) delivering data for Numerical Weather Prediction, the basis of modern weather forecasting, and for climate and environmental monitoring. 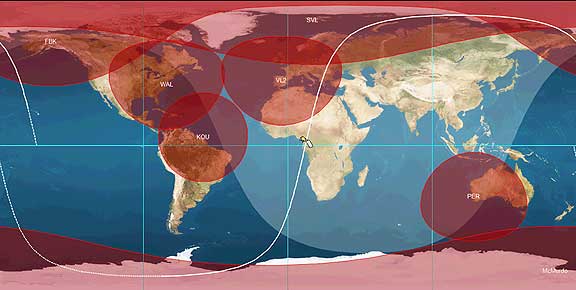