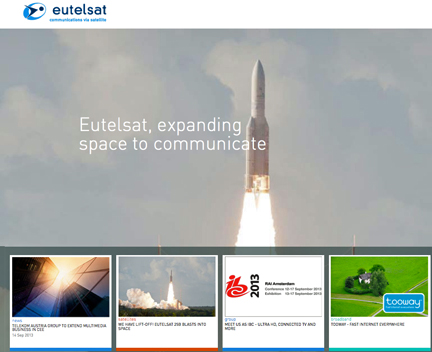 [SatNews] The International Chamber of Commerce (ICC) of Paris has drawn its conclusions on the first phase of the arbitration initiated by Eutelsat Communications (Euronext Paris: ETL) against SES in October 2012.

Eutelsat’s request for arbitration was triggered by the claim by SES of the right to use 500MHz of bandwidth in the 28.2/28.5 degrees East orbital arc, according to an agreement signed between SES and Media Broadcast in 2005 and only disclosed in October of 2012. This request is grounded on a breach by SES of the Intersystem Coordination Agreement (ICA) signed with Eutelsat in 1999. The ICA signed by both operators covers use of certain orbital positions in Ku frequency bands over Europe and also favours competition in the satellite communications sector.

As a result of this first phase, the Arbitral Tribunal decided that:

The purpose of the second phase of the arbitration with the ICC is to decide, amongst other issues, whether SES was entitled to sign an agreement in 2005 with Media Broadcast without breaching its obligations under the ICA. Eutelsat will continue to vigorously defend its right to use the disputed frequencies from October 4, 2013, and to act in the best interests of clients. As the overall 28.2/28.5 degrees East dispute is ongoing, it is inappropriate to quantify the potential impact on the Group’s outlook provided to the market on 30 July 2013.

To read the SES point of view regarding this matter, please see