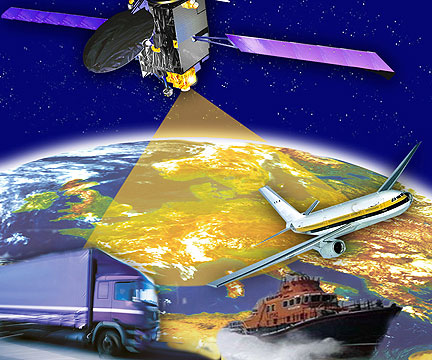 Thales Alenia Space as signed a 54.5 million euros contract with the European Space Agency (ESA), acting on behalf of the European Commission, to supply a new version of EGNOS (European Geostationary Navigation Overlay System), incorporating improvements that are indispensable for enhanced operability. The 28-month contract will upgrade critical subsystems that had become obsolete, and provide significant improvements in the operation and extension of the system. EGNOS is a European system that is designed to improve the positioning information provided by GPS (Global Positioning System). It comprises a network of 38 reference stations, a data processing center, six uplink stations to send data to three geostationary satellites, and a control-command station.

EGNOS has been deployed since 2005 and has been operational in “open service” configuration since 2009. Its “Safety of Life” service was formally declared available in March 2011, enabling it to be used during the landing phase for civil aircraft, so that they can carry out precision approaches at European airports without ground guiding equipment. The service entry of the EGNOS system, in particular its use for civil aviation, is clear recognition of Thales Alenia Space’s expertise in the design and integration of satellite navigation systems, skills that the company has built up over the last 15 years. This contract confirms Thales Alenia Space’s position of leadership, and could be further consolidated shortly when the contract for the Galileo ground segment is signed at the upcoming Paris Air Show. Thales Alenia Space has submitted a proposal for this contract, which is being coordinated by the European Space Agency on behalf on the European Commission.