TV Homes across the U.S. will continue to receive Crown Media Family Networks’ channels thanks to an important renewal agreement with SES.

As part of the nine year deal, Crown Media will migrate their popular Hallmark Channel portfolio from the AMC-11 satellite to SES-1, one of three satellites that are, according to the company, home to the leading cable programming distribution platform over North America. 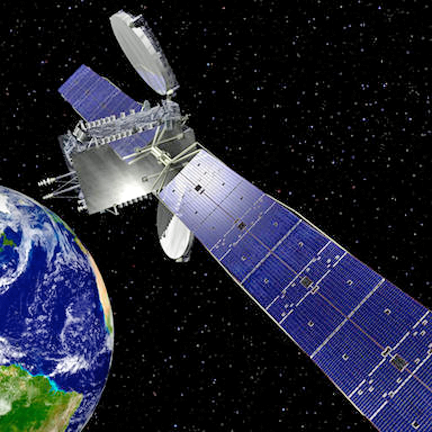 Artistic rendition of the SES-1 satellite.

Crown Media will leverage a full transponder of C-band capacity aboard SES-1 to reach its total audience of more than 85-million U.S. cable homes with its flagship Hallmark Channel and the highly successful Hallmark Drama and Hallmark Movies and Mysteries channels.

Steve Bunke,VPof Sales and Market Development for SES Video in North America, said that Crown Media has played a vital role in the advancement of content production, building a brand synonymous with quality programming. SES enters into a new and strategic distribution agreement aimed at enabling a new wave of collaborative innovation over the next decade.