[SatNews] Federal Minister for Planning, Development and Reforms Ahsan Iqbal has said that Pakistan's first Remote Sensing Satellite System (RSSS) will be launched soon to meet the national and international user requirements in the field of satellite imagery. 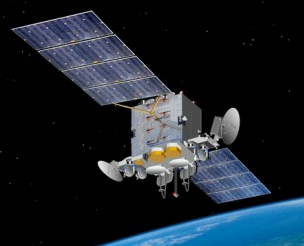 While addressing the eighth convocation of Institute of Space Technology (IST) last Saturday, he said the government wanted to make more sophisticated satellite system in the country, adding the satellite system could be helpful in the socio economic development of the country.

He said there was an important role of space technology in the development of different sectors including agriculture, fisheries, infrastructure development, education, health and transportation. He said the rate of economic development in the country remained very low during the past decade due to lack of political stability and policy discontinuity.

While addressing the newly graduated students, he said they should have an optimistic approach about the country and called to play their role in the economic development of the country by applying their research based knowledge into their professional careers. He said, "Pakistan is not under-developed, but it is an under-managed country."

Earlier, the Federal Minister awarded medals and degrees to students of three departments of the institute including Aerospace Engineering, Communication System Engineering and Material Science and Engineering.

While addressing the students, Engineer Imran Rehman, Vice Chancellor of IST said the IST had achieved the fifth rank among all engineering institutes and universities in the country.

"The IST is likely to get a university status in November this year due to its best performance," he said. He said the country was facing multiple crisis including water and energy crisis, and they could help the country to overcome those crises by applying their first hand knowledge and skills that they acquired during their stay in the institute. (Source: Business Recorder.)