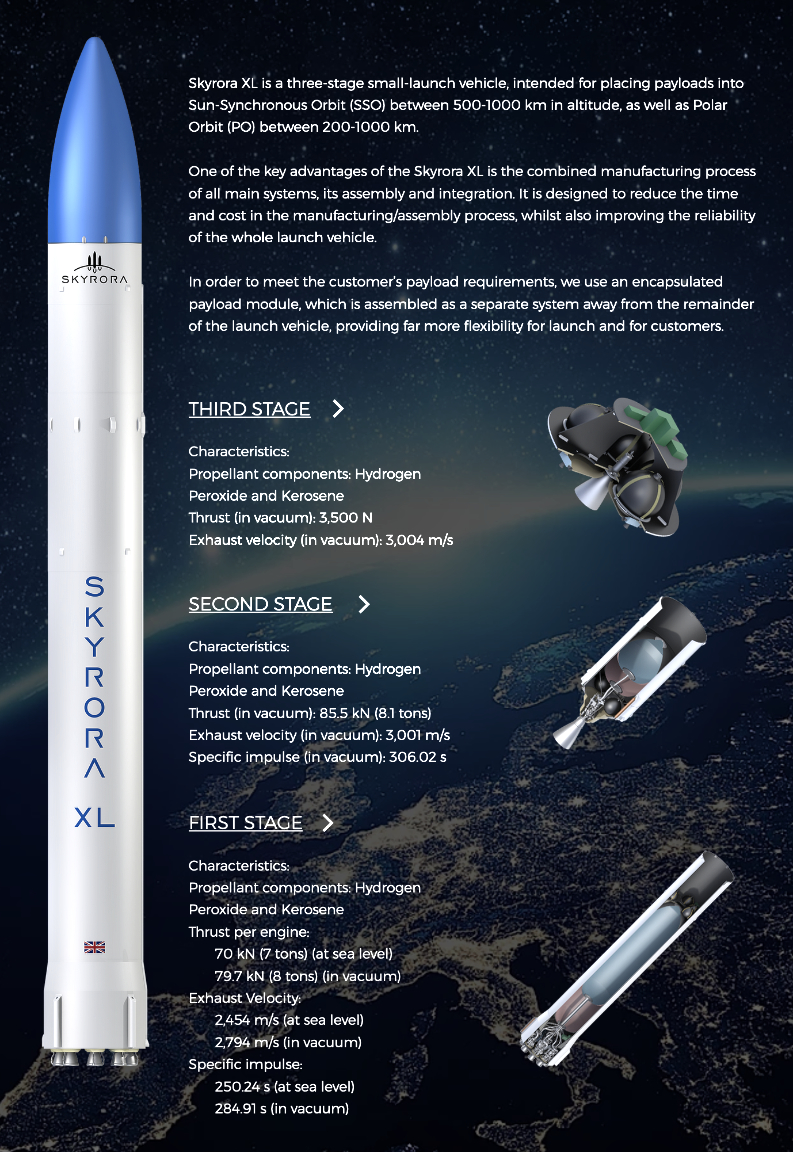 The first eco liquid-fuel rocket engine ground tests to take place in Scotland have been deemed a huge success - and a major step forward in the UK’s ambitions to become a space nation.

Edinburgh-based satellite launch firm Skyrora has completed a week of static horizontal firings conducted in Fife to compare the behavior of kerosene and eco-fuel. The test firings allowed Skyrora to assess its innovative 3D-printed 3.5kN LEO engine, which will be used to power the final upper stage of its 22-metre tall XL rocket. The tests included the use of Skyrora’s eco-aviation fuel named ‘Ecosene,’ a high grade fuel made from waste plastics which aims to minimize the environmental impact of rocket launches.

Skyrora have developed award-winning technology to convert waste plastics that otherwise would be disposed of in landfill or in oceans into the greener, more socially-responsible fuel source – a process which is attracting major interest in the space race sector. The technology developed by Skyrora means Ecosene will be able to produce 600 kg. of usable kerosene from 1000 kg. of certain waste plastics in the space of 24 hours.

The 3.5kN engine tested last week also has the ability to conveniently and reliably restart in orbit (because of the Hydrogen Peroxide system). It is this element that makes it suitable as an orbital maneuvering unit or a space tug.  The functionality of an orbital maneuvering unit or space tug could include a range of tasks, from space debris removal to aiding in a moon mission.

Skyrora is aiming to be the first UK-based company to fire a rocket into space from Scotland, which will be used to position a payload of satellites into separate orbits of up to 500 kilometres altitude.

The first tests on Tuesday and Wednesday were deemed a big success, with 30-second firings using kerosene which enabled Skyrora to capture vital telemetry.

Friday witnessed the first UK tests of its Ecosene fuel, allowing Skyrora to compare its performance and behavior directly with kerosene RP-1 rocket fuel, with more detailed results to follow. As well as the fuel emitting around 45% less greenhouse gas, it is particularly suited to cope with the potential weather problems or delays that could affect the proposed Scottish rocket sites, as it does not require cryogenic freezing and can stand in a tank for long periods of time.

Volodymyr Levykin, Chief Executive of Skyrora, believes the firm is on track to ensure a homegrown business is able to launch satellites into space from Scotland and said that these tests have been a crucial way for the company to demonstrate the real scientific credentials underpinning this work. The final day of testing was a big day for the firm in learning more about the nuances of Ecosene – crucial for unlocking the transformative potential it holds for Skyrora and the entire space sector.

The engine’s 3D-printed technology represents a landmark moment in the industry as it allows cooling channels to be embedded into the walls of the combustion chamber, meaning the engine requires fewer parts. This makes it much more straightforward to assemble, ultimately boosting reliability and cost-effectiveness for Skyrora customers.

The firm aims to complete the inaugural launch of its Skyrora XL vehicle from a British spaceport by 2022.