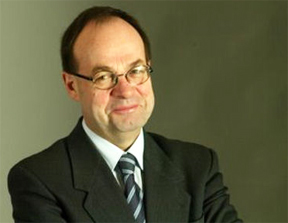 [SatNews] A leading French executive officer of many leading firms has been nominated to take over when Giuliano Berretta steps down as Chairman...

The Board of Directors of Eutelsat Communications (Euronext Paris : ETL) have unanimously decided to propose to shareholders at the General Assembly of November 8, 2011, to nominate Jean-Martin Folz as a Board member. If elected, Jean-Martin Folz will be appointed by the Board as Chairman to succeed Giuliano Berretta. Michel de Rosen, Eutelsat CEO, said, “The Board is delighted to propose Jean-Martin Folz to join our Board and believes he has all the qualities to assume the role of Chairman, succeeding Giuliano Berretta whose mandate expires in November. Jean-Martin Folz’s extensive business experience on an international scale will add further strength to our Board’s ability to oversee the expansion of our business for the long term, building on the outstanding achievements accomplished under the chairmanship of Giuliano Berretta over the last six years.”

Jean-Martin Folz is a graduate of France’s Ecole Polytechnique and the Ecole des Mines. He began his career in the French administration where he served in various ministries from 1972 to 1978 before joining Rhône-Poulenc as plant manager. In 1984, he became Chairman and Chief Executive Officer of Jeumont-Schneider. He joined Péchiney in 1987 as Chief Executive Officer and was Chief Executive Officer of Eridania Béghin-Say from 1991 to 1995. Jean-Martin Folz joined PSA Peugeot Citroën in 1995 and was the Group’s CEO from 1997 until February 2007. He was Chairman of AFEP (The French Association of private companies) from 2007 to 2010. His current Board memberships include Alstom, Axa, Saint-Gobain, Société Générale and Solvay.