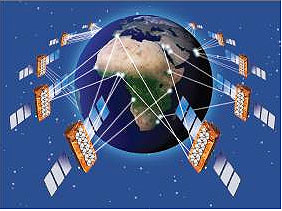 [SatNews] The funding has increased for the Company's satellite additions...

John W. Dick, Chairman of the Board of O3b Networks, announced that the company has raised US$137 million for the construction of four additional satellites that will boost capacity and redundancy over the emerging markets. The additional spacecraft, set to launch in 2014, will nearly double the capacity of O3b Networks’ initial fleet of eight Medium Earth Orbit satellites, which are scheduled to be launched in early 2013. The expansion of the fleet from eight to 12 satellites will increase the company’s throughput by more than 90 percent through a combination of the additional beams deployed and the enhanced link efficiency that a larger constellation of satellites can deliver. The company has already sold a little over a third of its capacity on a global basis with the contracted backlog now standing at over US$600 million.

New equity funds were raised from certain of O3b’s original investors who were joined in this round by Luxembourgish investment company – Luxempart. The financing also included the expansion of the Coface-backed senior debt facility of an additional US $85 million provided by HSBC, ING, CA-CIB and Dexia. “Raising additional financing to support future growth at a time of market uncertainty is an incredibly important milestone for O3b Networks and reflects the confidence that our investors and lenders have in our vision and unique value proposition,” said Bill Lawrence, EVP Corporate Development at O3b Networks, who led the financing efforts on behalf of the company. O3b’s satellites will be placed into orbit approximately 8,000 kilometres from Earth, four times closer than geo-stationary satellites, speeding up internet connections through its inherent low latency.

“Global IP traffic is set to increase four fold over the next five years, growing at more than 30% per year and a huge proportion of that expansion will be in the emerging markets,” said Steve Collar, CEO of O3b Networks. “O3b is committed to providing industry leading customer service and carrier class reliability while driving down the cost per Mbps delivered into the developing world. With this investment, we have the capacity to fuel our customers’ networks and position them to respond to the ever-increasing demand for bandwidth and connectivity.” O3b Networks homepage