Orbital Sciences... NEXT In Line (Satellite) 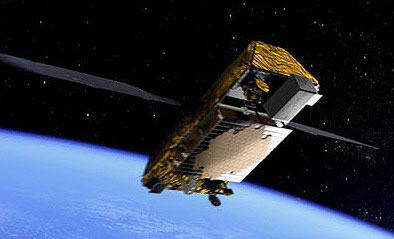 Under the new contract, Orbital will integrate the communications payloads and platforms of the low-Earth orbit Iridium NEXT satellites being built by Thales Alenia, and then test the systems at its manufacturing facility in Gilbert, Arizona. Michael Larkin, Executive Vice President and General Manager of Orbital's Space Systems Group, said, "Orbital's extensive experience in spacecraft assembly, integration and test for customers around the world, combined with the capacity of our Gilbert operation, made Orbital a natural fit to serve as the systems integrator for the Iridium NEXT program in the U.S. Our team is eager to begin this exciting and long-term program and is committed to providing high-quality services to our customer."

"The selection of Orbital is the result of a competitive process to identify the most efficient approach to meeting the challenging requirements for the production of a large constellation such as Iridium NEXT," said Reynald Seznec, president and CEO of Thales Alenia Space. "Orbital and Thales Alenia have been working together for several years, establishing a long relationship through multiple successful joint programs."

Iridium CEO Matt Desch said, "We are delighted that Thales Alenia has selected Orbital as systems integrator, which represents another major step forward in the development and construction of Iridium NEXT. With this contract, Orbital becomes part of the most significant commercial space project in the world. Orbital - like Iridium - is a long-time and trusted U.S. Government partner, which should advance the objective of hosting payloads on our new satellites for projects such as Earth observation, scientific monitoring and space situational awareness.
,br /> "We believe that the hosted payload concept will grow significantly in the future as government space programs look for opportunities to carry out their mission in the most cost-effective and time critical manner," said Michael Hamel, Orbital Senior Vice President of Corporate Strategy. "We are already seeing numerous examples of government space program customers taking advantage of the regularity of commercial satellite deployments and their demonstrated high rates of reliability. In a time of tight budgets, we see hosted payloads as great value to the customer community and intend to be at the forefront of the growth trend."