[Satnews] Thales Alenia Space, prime contractor for the Iridium NEXT constellation, has reached a major milestone in this program with the successful completion of thermal-vacuum tests of the protoflight satellite at the company's plant in Cannes. 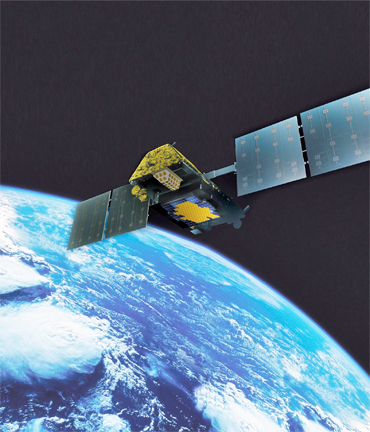 This is the last milestone leading up to the qualification of Iridium NEXT satellites, which is expected to occur in December of this year. Simultaneously, production is proceeding on schedule at the Orbital Sciences facility in Gilbert, Arizona, where ten satellites are currently undergoing assembly, integration and testing (AIT). The last technical issues concerning a critical supplier have now been resolved. In parallel, System validation tests already demonstrated readiness for 1st launch.

“Iridium NEXT is a strategic program for Thales Alenia Space, and its success is a top priority for the company. Validating such a complex system and qualifying the satellites was a daunting technical challenge, but one that was met by our teams, who are now wholly focused on delivering the satellites. Based on the measures taken by Thales Alenia Space, in-house and with our partners, along with an accelerated production rate, we are firmly convinced that with the first launch taking place in April 2016, and a second launch four months later, the entire constellation will be deployed by the end of 2017, as initially planned,” said Jean-Loïc Galle, CEO of Thales Alenia Space.