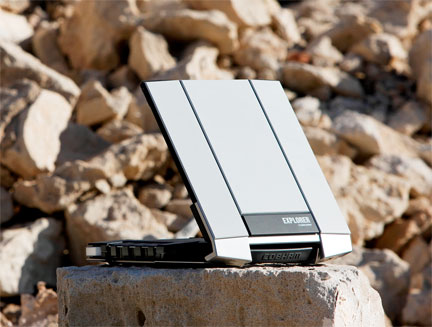 EXPLORER 710 provides streaming rates at more than 650kbps out of the box. Photo courtesy of Cobham SATCOM.
[SatNews] The new EXPLORER 710 BGAN terminal, which will be unveiled by Cobham SATCOM at...

...NAB 2013, provides streaming rates over 650kbps out of the box, when using the new high data rate streaming service to be introduced by Inmarsat in Q3 this year. Available in September 2013, EXPLORER 710 enables the fastest on-demand video streaming via satellite with guaranteed QoS. 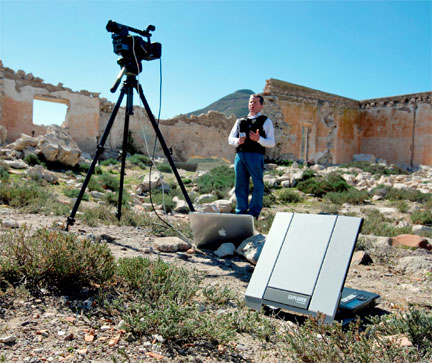 EXPLORER 710 also introduces Smart Phone apps to the world of BGAN connectivity, enabling users to connect their own devices for voice calling and connectivity. Other features include a large LED display, which facilitates set-up and configuration without being connected to a PC, Smart Phone or tablet. Visitors to NAB 2013 can find out more about EXPLORER 710, the new high data rate streaming service and all the new features on the Cobham SATCOM booth (OE1100) and Inmarsat booth (SU9718).