[SatNews] Iridium Communications Inc. (Nasdaq:IRDM) announced the Company has finalized an agreement with...

...NAV CANADA regarding Aireon LLC, a joint venture that will allow air traffic management agencies around the globe to continuously track aircraft anywhere in the world. Aireon will uniquely leverage Iridium NEXT, Iridium's next-generation constellation of 66 cross-linked Low Earth Orbit (LEO) satellites, to meet the critical need of extending Automatic Dependent Surveillance-Broadcast (ADS-B) coverage and benefits to every flight path across the planet. For the first time ever, air navigation service providers (ANSPs) around the world will be able to track aircraft from pole-to-pole, including oceanic airspace and remote regions. The new capability will provide significant benefits to the aviation industry, including substantial fuel savings, a reduction in greenhouse gas emissions and enhanced safety and efficiency for passengers. 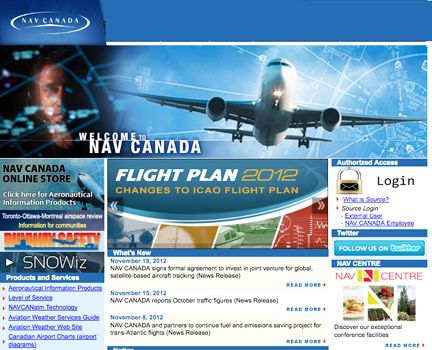 Under the terms of the agreement, NAV CANADA will make an aggregate total investment in the venture of up to $150 million. This investment will be made in five tranches, each subject to the satisfaction of various operational, commercial, regulatory and financial conditions. Payment for the first tranche—amounting to $15 million and representing 5.1 percent of the fully diluted equity of Aireon—was made on November 19, 2012. The final tranche is scheduled for late 2017, and NAV CANADA's preferred membership interest could ultimately represent up to 51 percent of the filly diluted equity of Aireon. Iridium would retain 49 percent ownership in Aireon if NAV CANADA fully funds under the agreement. Subject to Aireon's ability to successfully negotiate customer agreements with other ANSPs, Iridium also expects to receive annual data fee revenue in addition to the approximately $200 million in one-time hosting fees that Aireon plans to generate for the integration and launch of the payloads between 2014 and 2017.

As the second largest ANSP in the world by traffic volume, NAV CANADA also plans to use the Aireon service as a customer, beginning with adoption in the busy North Atlantic airspace. Aireon will provide NAV CANADA with enhanced services and enable commercial airline operations to be more efficient, safer and more environmentally friendly. Aireon continues to receive interest and support from other ANSPs around the world including the U.S. Federal Aviation Administration (FAA).

Aireon is the product of Iridium's multi-year commitment to establish an innovative use of the hosted payload capability that will be available on Iridium NEXT. The ADS-B 1090 MHz Extended Squitter (ES) receivers on every Iridium NEXT satellite will complement ground-based air navigation systems currently in use by seamlessly relaying, in near-real time, position and status information of aircraft flying over oceans, poles and remote regions to air traffic controllers on the ground. This new capability will extend the benefits of current radar-based surveillance systems, which cover less than 10 percent of the world, to the entire planet.